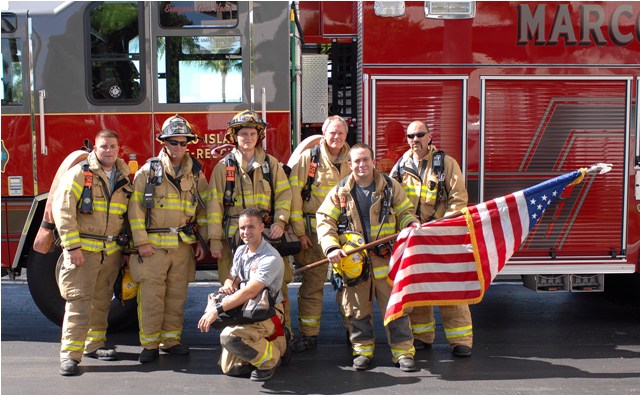 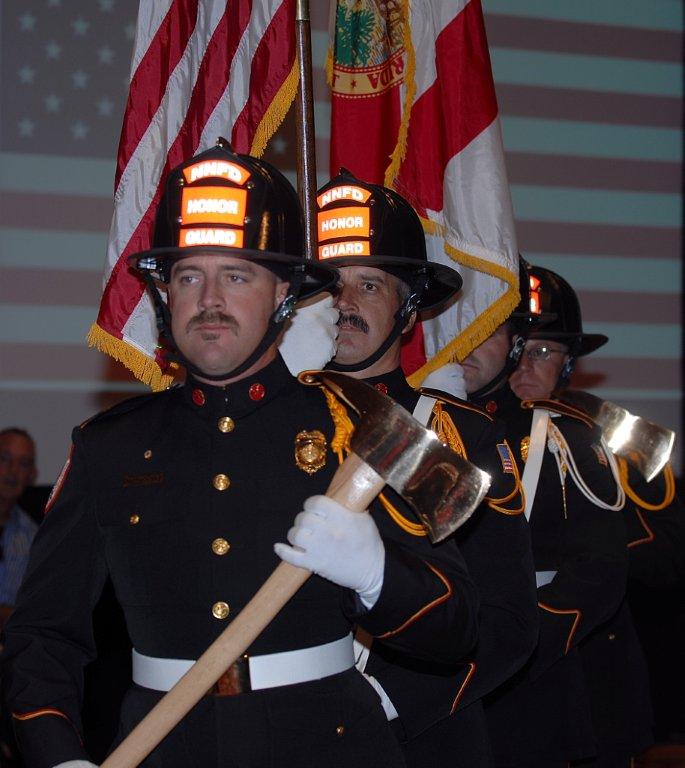 Marco Island firefighters and emergency personnel took time to honor the heroes and victims of the tragic events of September 11, 2001, whilst training for emergency 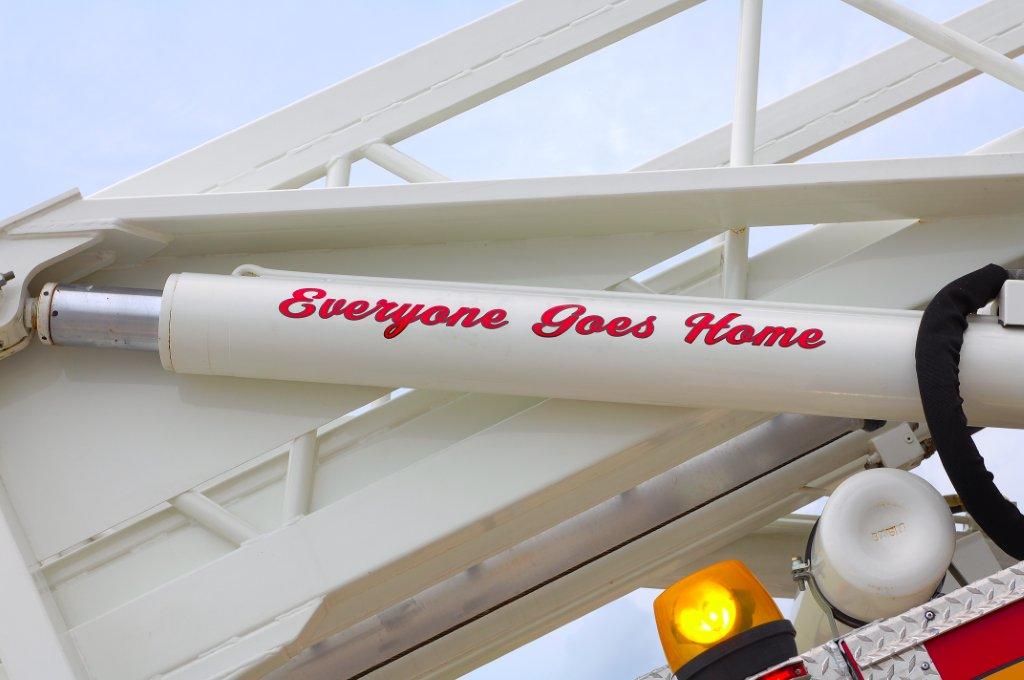 situations involving high-rise buildings on Saturday, September 11, 2010.  During practise at the Gulfview building on N. Collier Blvd.,  the men and woman knelt at the base of the 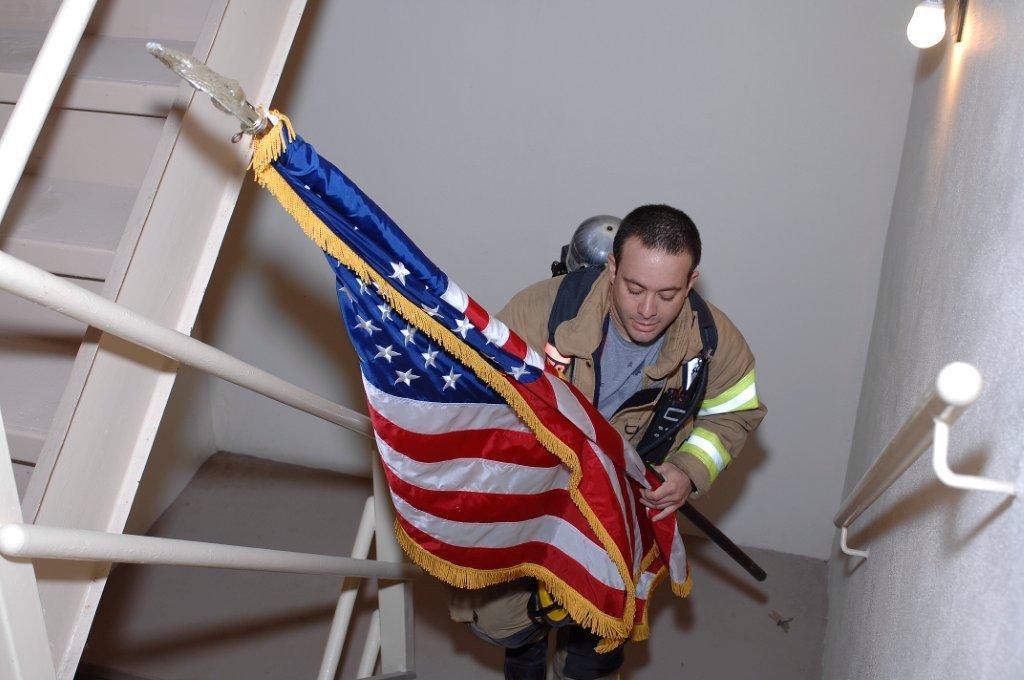 In honor of 9-11, the flag is carried up the high-rise stairs.

stairwell in a moment of reverance before climbing the stairs.  In addition to wearing full fire protecting gear, and carrying hoses and other equipment, the team proudly carried the American 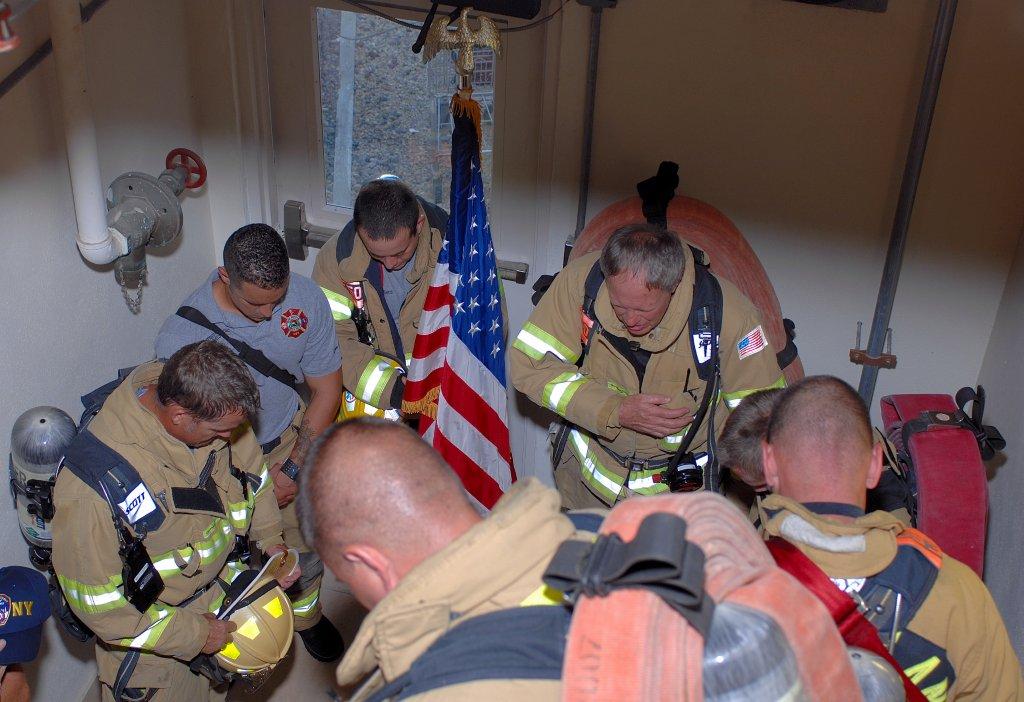 Marco Island Fire Department members bow their heads in remembrance of the heroes and victims of 9-11.

flag up the numerous flights of stairs in honor of 9-11. Marco Island Fire Department also attended a special luncheon on Friday, September 10 at the Marriott  in Remembrance of the heroes and victims of 9-11.  Photos by Jim Sousa.