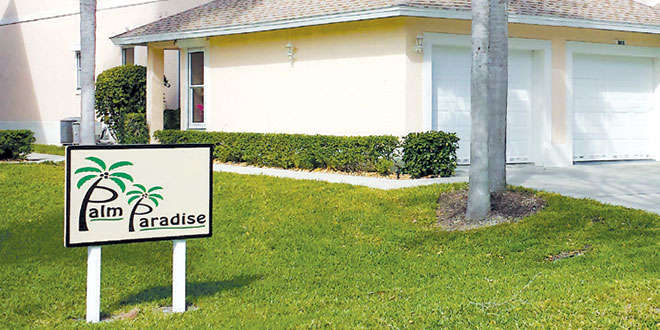 Marco Island condos come in all sizes, locations and prices. For instance, this week there are 366 condos for sale, listed from $88,900 for a one-bedroom, one-bathroom inland condo at Marco Villa, to a five-bedroom, five-bathroom condo in Belize, listed for $7,245,000. 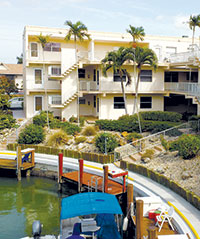 Model Village, on the water, has a one-bedroom, one-bathroom condo listed for $189K. PHOTOS BY SANDY AND GARY ELLIOTT

Even among condos in this price range there is quite a range of options available. All of the condos are inland except for five water direct condos, such as Model Village, Angler’s Cove and Stevens Landing. Those listed are studio, one, two, three and even four bedrooms. The condos range in size from 406 square foot studios; 500 to 665 square foot one-bedroom condos; 704 to 1,112 square foot two-bedroom condos; 1200 to 1289 square foot three-bedroom condos and even a four-bedroom, 1,091 square foot condo at Island Village. 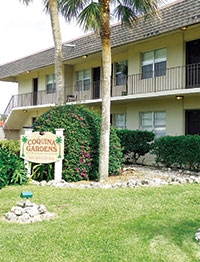 quicker and 50% took longer) from listing to closing for condos in this price segment.

Condo fees range from under $200 per month to over $600 per month. Many people buying a condo in this market segment do so with the intent to rent it a few months of the year to offset the condo expenses, or to rent it annually as an investment. Almost all of these condos have a 30-day minimum rental policy 12 times per year, but there are exceptions. Some condos in this segment are bought by people downsizing and simplifying their lives.

Only 14 of the 37 condos allow pets, and generally the weight of the pet is restricted to 15 to 25 pounds, but some have a maximum of eight pounds and some allow up to 30-pound pets.