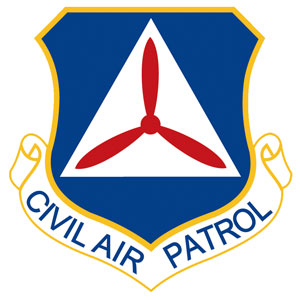 Captain Peter G. Baker, 66, of Naples, FL, formerly of Milford and Bellingham, MA, recently died at the Naples Community Hospital. Approximately 100 of Peter’s many friends and peers joined this day for a “Peter’s Celebration of Life” at the Marco Island Civil Air Patrol Senior Squadron headquarters hangar at the Marco Island Executive Airport.

Peter was a graduate of Northeastern University, Class of 1977, a Viet Nam veteran, having served in the US Marine Corps. He was an avid airplane pilot and helicopter enthusiast who had his FAA chief flight instructor’s license. Peter was involved in setting a world speed record while flying a single engine plane coast to coast.

Peter also was an active member of the Marco Island Senior Softball League during his eight years of participation.

Several of Peter’s friends gave short anecdotes concerning their relationships with Peter, and Father Gleb of the Orthodox Church gave a benediction. Following the celebration refreshments were served.

Civil Air Patrol, the official auxiliary of the U.S. Air Force, is a nonprofit organization with more than 61,000 members nationwide, operating a fleet of 550 aircraft. CAP, in its Air Force auxiliary role, performs 90 percent of continental U.S. inland search and rescue missions as tasked by the Air Force Rescue Coordination Center and is credited by the AFRCC with saving an average of 80 lives annually. Its volunteers also perform homeland security, disaster relief and drug interdiction missions at the request of federal, state and local agencies. The members play a leading role in aerospace education and serve as mentors to nearly 27,000 young people currently participating in the CAP cadet programs. CAP received the World Peace Prize in 2011 and has been performing missions for America for 71 years. CAP also participates in Wreaths Across America, an initiative to remember, honor and teach about the sacrifices of U.S. military veterans. Visit www.gocivilairpatrol.com or www.capvolunteernow.com for more information