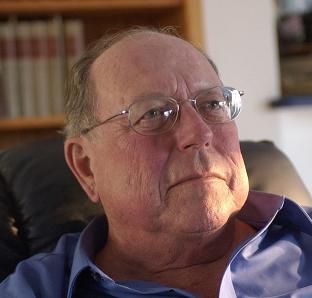 If you are a registered voter on Marco island, you are aware that there is an election on January 26 and by now you should have received your ballot. Be sure to read all the directions carefully, mark your ballot, place it in the ‘secrecy sleeve’ (the piece of paper with the directions on it, labeled SECRECY SLEEVE) and return it as soon as possible. If you mail it in, be sure it has sufficient postage (44¢).

The ballot has two main issues: voting for three (out of four) candidates to fill vacant city council seats, and voting for or against seven amendments to the City’s charter.

Incumbents are Ted Forcht and Chuck Kiester; Joe Batte and Larry Magel are also vying for a council seat.

In an effort to answer some of the questions readers might have, Coastal Breeze News staff asked all four candidates running for the three available Marco Island City Council seats, to reply to the following: a brief biography; why he wants to run for City Council; the major issues facing Marco Island in the next two years and how he can influence them positively; unique qualifications he brings to the position. The four candidates are Joe Batte, Ted Forcht, Chuck Kiester,  and Larry Magel.

Here are the replies in the order in which they were received.

Three years military (1960-63) crypto technician stationed in South Korea. Two years in U.S. Foreign Service stationed at embassy in Ghana, West Africa. BA University of Eastern Michigan, MA University of Georgia. Lived in Gainesville, Florida and worked as a local and regional planner at the North Central Florida Regional Planning Council for over 29 years. Married to Jane B. Kiester; three children ages 39, 39, and 41.  One granddaughter age 11.  Bought land on Marco in 1995 and built retirement home in 2001; retired and moved to Marco in 2002. A volunteer for Meals on Wheels since 2003. Elected to Marco Island City Council in 2006. Currently serve as Vice-Chair of the Southwest Florida Regional Planning Council.

Why do I wish to serve on City Council?

Major issues to face Marco Island in the next two years and how can I influence them positively:

Degree in Accounting, Certified Data Processor, and Fellow in the College of Law Practice Management. Began my career as a systems analyst and computer programmer working for Ditto, Kitchens of Sara Lee, The City of Chicago, and the Midwest Stock Exchange implementing technology solutions for businesses. Hired by major Chicago Law Firm to design and implement a computerized accounting and time/billing system, one of the first uses of computers in law. The system was so successful that the law firm sold it to a national organization organized to provide the same system to law firms not able to afford their own in-house computer system. Left after 8 years with over 60 law firm clients nationwide to join on of my clients as their Executive Director (in business terms COO) responsible for all non-legal functions of the firm.

Two years later recruited by a major Wall Street law firm to join them in the same capacity. When I began in 1980, the firm had 220 lawyers and when I retired 22 years later it had grown to over 750 attorneys and I was managing over 1,100 support personnel in offices in major financial capitals around the world. My Executive Director responsibilities included finance, human resources, IT, secretarial and word processing support, facilities and strategic planning. In other words, everything not having to do with the practice of law. While the law firm wastenty-second in size, it was fifth in ‘profits per partner’ as a result of the lean support staff ratio I was able to accomplish while still maintaining a high service level satisfaction rating in legal surveys.  I retired at the end of 2001.

Why do I wish to serve on City Council?
Since early 2008 I have been working with the City Manager, served on numerous committees (Financial Planning, Collier Blvd. Forensic Audit, Charter Review, and Utility Advisory. For the County: (the Coastal Advisory and Government Productivity Committees) designed to bring increased fiscal responsibility and cost savings to the City. I have made numerous attempts to try to influence the City Council to spend less now and save for an uncertain financial future.

I have decided that unless you are in a policy-making role, recommendations designed to save taxpayer dollars are not brought forth by the City Staff and adopted by the City Council for a variety of reasons.

Major issues to face Marco Island in the next two years and how can I influence them positively:
Controlling 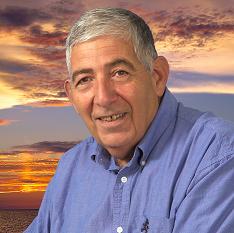 costs to keep Marco an affordable place to live with predicted decreasing tax revenues, maintaining the service levels we all enjoy, managing the escalating debt, and addressing the aging infrastructure of the Island. At the same time I want to increase citizen participation, and support our local businesses to keep us a vibrant community that people will want live in and enjoy.

With the extensive amount of time I have spent reviewing City operations over the past 18 months, submitting proposals to save money and operate more efficiently and working on committees to really understand the financial ramifications, I can ask the tough questions that need to be raised when issues are brought to the Council by City Staff.

Joe and his wife Anne, are 10-year full time Marco Island residents.
He is a graduate of Seton Hall University, holding BA and MA degrees; a former US Marine Officer, combat platoon leader. After the military, he entered Federal Service and became the Special Agent in Charge of the New York Office of the US Inspector General where he supervised from 50-100 Special Agents, criminal investigators who protected our Federal Health Care and Social security Programs from fraud, abuse and waste, thus protecting billion dollar federal budgets in these areas. He retired in 1996 from Federal Service and currently has his own consulting business doing health care compliance for various providers, as well as with various Federal Agencies in the area of National Security, including US Dept. of Defense and US Dept. of Homeland Security. He is the author of a compliance text which is available in Collier County Libraries and a nationally known speaker on health care compliance.

Joe has been active in Marco city government and is currently on the standing audit committee and Code Enforcement Board.
He is a member of the National Association of Certified Fraud Examiners and holds the professional credentials of CFE.

Why do I wish to serve on City Council?
I have a strong desire to  help our city in what I feel is one of the most challenging and concerning times in our city’s young existence: a time of fiscal challenges resulting from an economic crisis none of us could have ever expected.

There are three tenets to my campaign.  First, conservative spending of our precious tax dollars, only for those programs absolutely necessary for the overall health, welfare, and safety of our people, and not for ‘nice to have’ programs that can be delayed until economic times improve. This takes a LEADER to make the tough choices for our people who are currently hurting financially.

Secondly, I want to 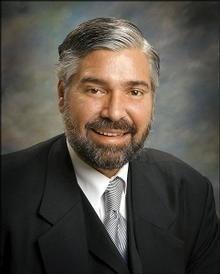 bring TRANSPARENCY to our city government, openness in how our city operates to build public trust in our government.

Finally, I want to bring about a government totally inclusive of all groups in our city.  Our city cannot succeed in these troubled times without making a strong attempt to get the support and respect from the citizenry, and you do this with LEADERS who will involve the folks more, seek out their thoughts and expertise and ask them to participate in advisory committees to help council.

Major issues to face Marco Island in the next two years and how can I influence them positively:
It’s all about the fiscal survival of our city. How do we insure that we can provide essential services to our people, while revenues continue to bottom in a terrible economy? It’s also about bringing our people together to erase some of the negative factors that have hurt our city. Strong leaders on council will need to address both these areas very quickly in order to help our city move forward.

Unique qualifications:
I offer the electorate a candidate of unquestioned INTEGRITY and LEADERSHIP, based upon my years of service with the US Government, heading up the US Inspector General’s Watchdog agency protecting our largest federal programs having the largest federal budgets.  I continue to carry a Top Secret Security Clearance to this day as I continue my consultant work helping our national security programs.  I feel that my sober approach to leadership will greatly influence our city council’s ability to approach every action with a conservative theme, always keeping in mind the feelings of our people and how they are hurting financially today.  I lay out nine promises to the people in my campaign brochure.  My promises made, will be promises kept.

Why do I wish to serve on City Council?
I feel an obligation to the Island that has done so very much for me (my home, my wife, my friends) that I just had to give back. To represent all the Citizens of Marco Island has been a genuine honor for the last four years. I’ve learned so much about our City and met so any good people that I consider my service as one of a Councilman to be one of the greatest honors of my life.
Major issues to face Marco Island in the next two years and how can I influence them positively:

In the next two years the easy cuts will have already been made and we won’t be trimming fat any more. We will be cutting into the muscle and that’s going to hurt. I think my skill set is such that I can identify and isolate those cuts that will hurt the least.

Unique qualifications:
My strong real world financial experience and my prior service in elected office gives me the maturity to look at issues from all sides.