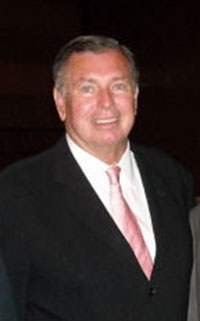 Marco Island’s 2012 Citizen of the Year, Dave Rice, received congratulatory letters from Governor Rick Scott and United States Senator Bill Nelson. Governor Scott stated “Your efforts are helping make Florida the greatest place to live, work and play.  The work you are doing is to be commended”. United States Senator Bill Nelson commented “I am happy that you are being recognized and rewarded for your many years of commitment and dedication to so many worthwhile projects in and for the Marco Island Community”.

Said Rice, “Governor Scott’s and Senator Nelson’s letters were the second surprise of the season, the first being selected as the Citizen of the Year. When a Governor and Senator recognize common citizens such as myself, it stimulates others to take an active role in their communities. Marco Island has an abundance of Citizens of the Year candidates.”

The Citizen of the Year is selected by a committee of former recipients of the award. “The make-up of the committee includes those that put service to Marco Island above self, and have been an inspiration to me over the years. Being selected for this award is a very humbling honor” said Rice.

In 1996 Dave and his wife Jeanne organized the Marco Island Christmas Decorating Committee, with the objective being to Light Up Marco. We all have been reading and seeing this year’s Winner and finalists. Each year more and more homes and businesses participate in this civic program and each year the winners raise the bar higher and higher.

Over the years Dave has also organized many sports and other Marco Island community events. As a result he was awarded the 1999 Volunteer of the Year. He recently headed the Big Flag Committee and the flag is again flying after the original pole was damaged from an automobile accident.

Rice was informed by Sandy Reideman Lazarus, Executive Director of the Marco Island Area Chamber of Commerce who hosts the annual awards gala, that Dave is the first Citizen of Year award recipient to be recognized by a Governor of Florida and a U.S. Senator, and, that he is the first person to be recognized for being awarded two major Marco Island awards, 1999 Volunteer of the Year and the 2012 Citizen of the Year.