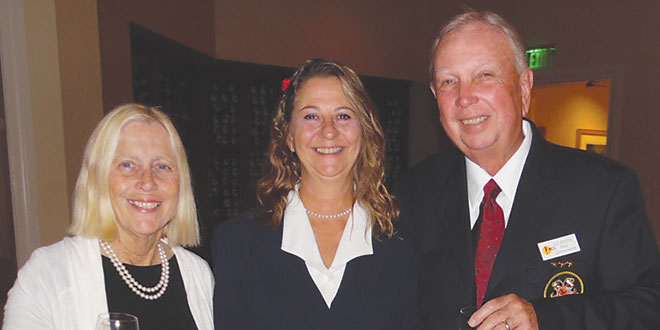 Rear Commodore Carol Bryant with friends, Karen and Ed Booth, past commodore. The Booths talked Bryant into joining the club.

The Marco Cruise Club rode the waves when it celebrated the club’s 40th anniversary on January 14 at the Hideaway Beach Club. 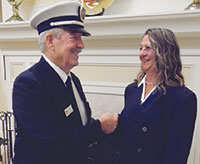 Commodore Bill Berry recalled his days as just the second commodore of the club. The first commodore was the late Harry Shook.

“In those days it was a small group of around ten boats,” he recalled. “Boats then were 30 to 35 feet, but a number of small boats joined as the club grew.” Club boat sizes today range 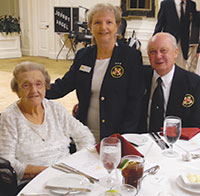 from a 17-foot Boston Whaler to a 41-foot Silverton.

His wife Barbara handled contacting each member, which was a bit easier then than now, with the club having 87 members today.

The purpose of the club is to enjoy camaraderie and benefit from group boating. By the celebration they also know how to have group fun on land!