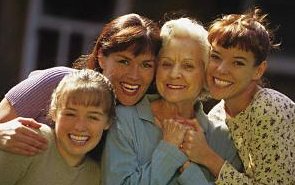 As boomer women, you can be as tempestuous as you desire, feeling empowered.

Did you ever wonder how women got assigned March? Many of the sayings that go along with March might be seen by some to also apply to women.

The Ides of March.

March is a tempest

You get the picture.  Women are seen as being emotional, especially boomer women who are in Menopause (dare I say that word). One moment it appears you are roaring about something and as soon as the ‘hot flash’ is over you become as subdued as a lamb.

Boomer women all know about the fateful Ides of March things are going along smoothly and then Bam! You’re hit with unpleasant news, unplanned and unexpected changes or the plans you’ve worked so hard on seem to disappear into thin air.  Has this ever happened to you and what did you do about it?

Now on to St. Patrick’s Day, gratitude is given in abundance, you boomer women can finally ditch the diet, eat and drink what you want and as much as you want because you must participate in the religious feast for good ole St. Paddy!  Do you think that women were given March so that you could finally feast without guilt?

March Madness clearly represents the maddening state of boomer women when your dreams and desires continue to be oh so elusive. You’ve given of yourself to others for a lifetime and now that you’ve decided to take just one ‘minute’ for yourself; you must be mad!

Remember the movies of the 50’s and 60’s, women were described as glamorous, a siren and a tempest.  Boomer women were children and didn’t quite know the meaning of a tempest but would sneak into the theater because whatever it was had to be good. You were never disappointed!

And now as boomer women you can be as tempestuous as you desire, feeling empowered and embracing the NOW of your new state. Loving every inch, every curve, every wrinkle and every gray hair you see yourself into your future living the life you desire and deserve.

Celebrating Women’s History Month and the accomplishments of women give all of us a chance to remember the greatness of who we are really and who we are becoming.