The three manatees were stranded inside the mouth of Tigertail lagoon when the tide went out.

There were three stranded manatees in Tigertail Lagoon on Tuesday, October 12.  As of 3:30 p.m., one was “free”; there was still a large female and small male.  However, FWC felt that when the tide 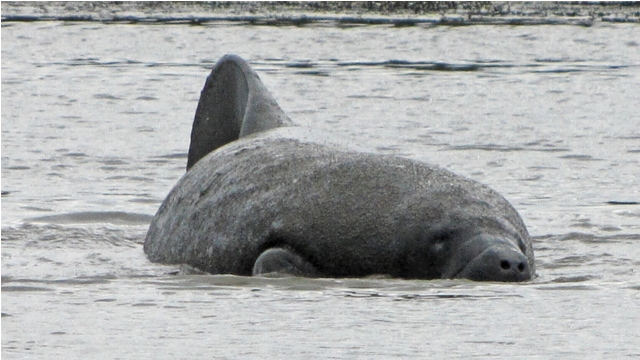 This is one of three manatees stranded in shallow water Tuesday.

was finally high enough, those two would be safe also.  High tide was around 5 p.m.  The manatees did not appear to be sick.  One had a large gash from a boat propeller, but it was healed.