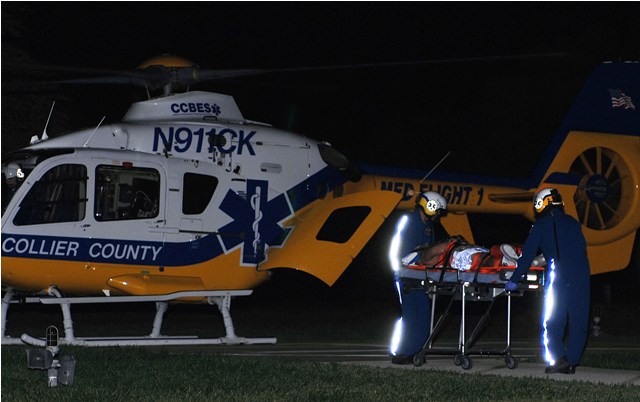 The stabbing victim was airlifted to Lee Memorial Hospital for treatment.

The stabbing victim is brought out of a Marco house by emergency personnel.

On Thursday, September 16, 2010 at 3:30 AM Marco Island Police Officers responded to the area of Shorecrest Court and Leeward 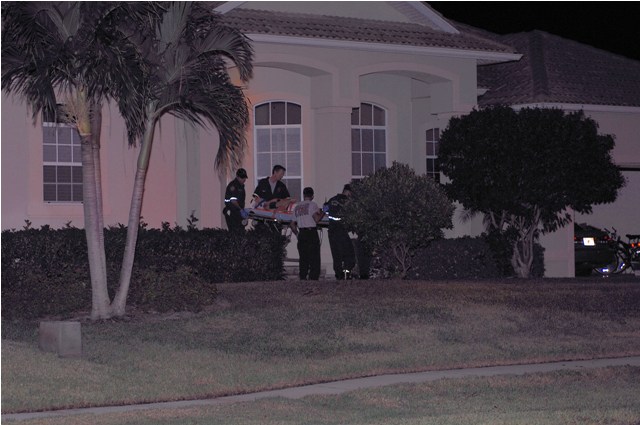 The stabbing victim is brought out of a Marco house by emergency personnel.

Court on a call of a domestic disturbance.  Investigation led officers to 112 Shorecrest Court where 27 year old Real F. Levesque of Marco Island was found with a stab wound to his back. Investigation confirmed that the victim had been stabbed by his 23 year old girlfriend, Susan Booker (Marco Island).  Booker was placed 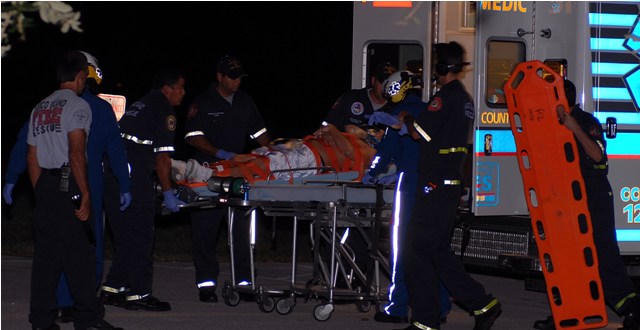 under arrest for Aggravated Battery and transported to the Collier County Jail.  Levesque was air lifted to Lee Memorial Hospital.  Neither the suspect nor the victim resides at the location where the incident occurred.  The weapon used in the battery, an 8” inch kitchen knife, was recovered at the scene.