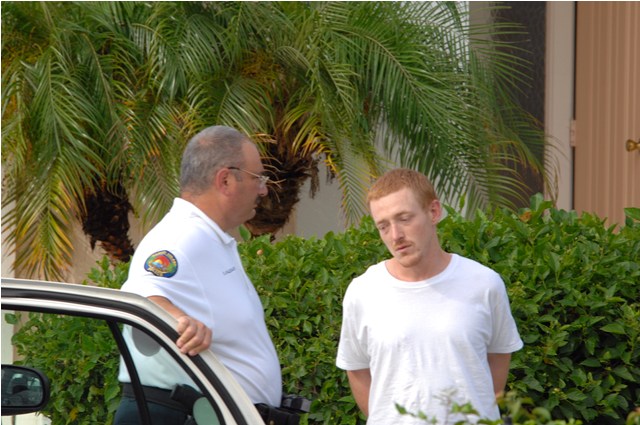 A Marco man was arrested by officers of the Marco Island Police Department on Saturday morning, September 25, at Hummingbird Court, for assault on his own grandmother.  Twenty-six year old Eric P. Buckhold of Mistletoe Court, Marco Island, was arrested at the home of his 70-year-old grandmother.  Miscellaneous drugs and narcotic equipment were seized at the scene. Buckhold is charged with battery on a person 65 years of age or older and aggravated assault.