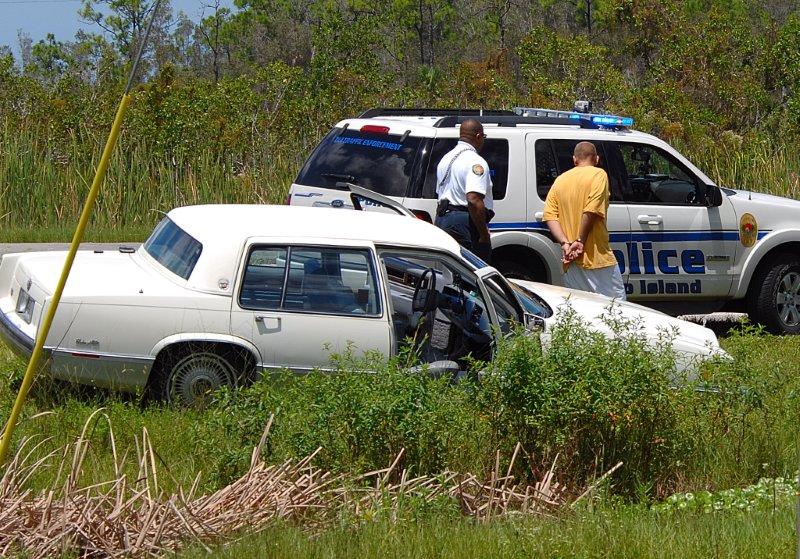 The following is a report from Captain David Baer of Marco Island Police Department.

On August 28, 2010 at 1230pm, a white Cadillac was observed by a Marco Island Police Supervisor traveling at a high rate of speed northbound in the construction zone near the Jolley Bridge.

The Cadillac was stopped by the Police Sergeant in the vicinity of the bridge; however when the Sergeant began walking towards the Cadillac the vehicle started to accelerate away, fleeing the police.  Marco Island Police requested assistance from Collier County Sheriff’s Office who dispatched units to assist.

Marco Island Police units began to track the Cadillac as it erratically fled north on Collier Blvd towards Tamiami Trail.  The Cadillac eventually skidding to a stop into a grassy easement near the intersection of Collier Bvld. and Championship Drive.

The driver, later identified as Dominic Retino, exited the Cadillac and ran, jumping into a canal, evading through the undergrowth and into a nearby recreation vehicle resort.  The lone passenger of the Cadillac was assisted on scene.  The CCSO Aviation Unit and K-9 Deputies quickly arrived on scene to support the patrol personnel from the Marco Island Police Department and Collier County Sheriff’s Office who were maintaining a perimeter and conducting an investigation.  MIPD patrol and CCSO K-9 personnel found Retino hiding beneath a property in the resort.