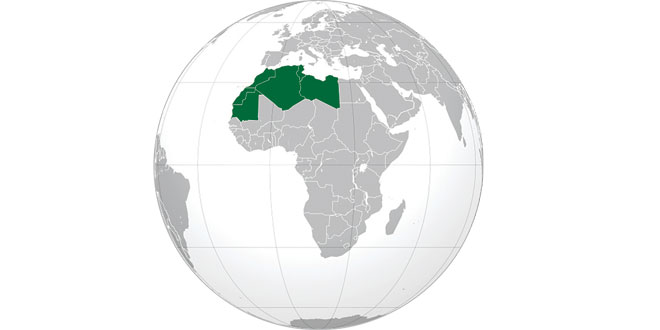 When I wrote about what was going on in Mali a few issues ago as a follow-up to my earlier story about what happened in Benghazi; many readers emailed me wondering the importance (or lack thereof) and the timing of the story.

The events of last week in Algeria and in Mali brought this important area of Africa back into the headlines again. Whether the general public in our country will pay attention to these events or not is unknown at this moment. The continent of Africa is still too far away for most; the names of countries are very strange and the events that happen there do not interest many here. However, one should pause and remember that Iraq, Afghanistan, Yemen and other countries in the Middle East were once strange names in faraway places and did not figure in the daily lives of our fellow citizens. Yet we have seen the unfortunate results.

The expression “nip it in the bud” seems to have been forgotten a long time ago. The bud is now a full-blown poisonous tree with multiple branches and is taking root all around the world, causing an enormous amount of danger to the Western civilizations and democracies. After the first World Trade Center bombing in 1993 did not wake us or the Western World up about the dangers of Radical Islamist movements, they received the much needed fuel to grow and prosper. This bombing may have been a shot over the bow of this great ship “America,” yet the Captain and the officers of this great ship did nothing to educate the public about the dangers of a worldwide movement which is fueled by the radicalized version of an important religion with a billion and a half followers; approximately 25 percent of the world population. Then the World Trade Centers were hit successfully on September 11, 2001 resulting in the deaths of thousands of innocent citizens, our friends, our neighbors and our family members. As a result of this attack red flags went up, alarms were sounded, we sent Special Forces to Afghanistan, defeated the Taliban, invaded Iraq and got rid of the brutal dictator Saddam Hussein. Unfortunately our citizens soon lost interest, got tired of fighting wars and we decided to bring our troops back home. Unfortunately, Al Qaida was not defeated. Yet we declared victory as a matter of convenience, picked up our marbles and came home.

In the meantime, the enemy never stopped training, growing and looking for new targets. After the Arab spring as we all applauded arrival of democracy and freedom to Tunis, Egypt and Libya; they applauded with us because we had managed to get rid of their enemies for them at our expense. Iran continued towards building a nuclear weapon as the world issued meaningless warnings after toothless threats; they armed Hamas and Hezbollah and continued to ship weapons and trainers to 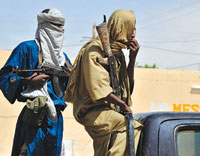 Afghanistan to help kill our men and women in uniform. When Syria started to fall apart with an unconscionable civil war raging throughout that troubled country, 60,000 Syrians were killed by their own leader as the world stood by and allowed our enemy to infiltrate the ranks of the so called “freedom fighters.” They outwardly helped the cause, fighting against the regime alongside the rebels. As the saying goes: “To the victors go the spoils/Victory spolia.” When it is all over and Bashar Al-Assad finally joins the “hall of shame of dead brutal dictators” in that special place reserved for them where the temperatures reach 3000 Fahrenheit, Al Qaida will be in Syria celebrating their the victory and Iran will finally have a port in the Mediterranean and will completely surround the State of Israel – the only real democracy and our only friend in the area!

Now, we are looking at another similar situation in Mali; all the elements are there for a repeat of history. Al Qaida, unchecked and unstopped, brazenly took over the northern part of this strategically important African country and started imposing Islamic Law – killing those who opposed them, closing schools, covering women and applying Sharia Law to residents who were unable to escape or, for some strange reason, chose to stay! Soon enough, the general population started to move south and refugee camps started popping up in the surrounding countries.

Satisfied with their victory in northern Mali and noticing the deafening silence of the so-called “leaders” of the world, Al Qaida started their move towards Bamako, capital of Mali. Last week, France started military operations in Mali landing approximately 2,500 troops in the south. The leader of Al Qaida in the Maghreb announced, “the French have signed the death notices of Frenchmen everywhere!” indicating that French citizens are not safe anywhere around the world if France continues to fight Al Qaida in Mali.

For the reader who is not familiar with the term Maghrep, it is usually defined as much or most of the region of Northwest Africa, west of Egypt. The traditional definition is the region including the Atlas Mountains and the coastal plains of Morocco, Algeria, Tunis and Libya. In 1989, the Arab Maghreb included a fifth nation, Mauritania and the disputed territory of Western Sahara (mostly controlled by Morocco). During the Al-Andalus era in Spain, the Maghreb’s inhabitants, Maghrebis, were known as “Moors;” the Muslim areas of Spain in those times were usually included in contemporary definitions of the Maghreb—hence the use of ‘Moor’ or ‘Moors’ to describe the Muslim inhabitants of Spain by Christian and other Western sources.

Are you connecting the dots yet about Mali?

If Al Qaida succeeds in taking over Mali, we will be looking at another Afghanistan, this time in the mineral rich continent of Africa where military operations may take tens of years against insurgents and rebels.

I am beginning to lose hope…