Making a go of it in the Glades 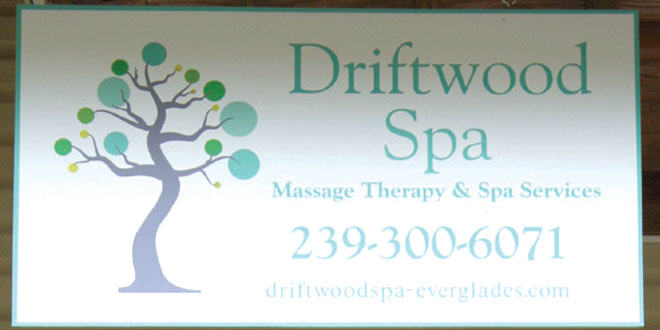 Over a century ago, families traveled to Southwest Florida, pioneering the harsh environment and extreme temperature to forge a new life. Everglades City is one of the oldest settlements of these pioneer towns, along with Chokoloskee and Ochopee. Built on trading and raised on fishing, these quiet towns still hold allure to young families looking to make a go of it in the Glades.

No stranger to the stories of the pioneer days, Jack Shealy is a third generation Ochopee native. His family has been in Southwest Florida even longer. “We settled down here in the Glades years ago. The earliest we came down was in the late 1800’s. One of the oldest gravestones on Chokoloskee island is a Shealy. We are a traditional swamp family.”

Growing up in the swamp, Shealy was fascinated with the culture of his ancestors, the Gladesmen. He learned to make his own traditional “pole boat” which was used by the Gladesmen

to navigate through the sawgrass. Shealy offers traditional pole boat tours along with kayak and canoe tours through his business, Everglades Adventure Tours. “I started out with Big Cypress four years ago. I thought it would be a great way for visitors to experience true eco-tourism, but to also get a sense of local heritage and culture. Eco-tourism and the Gladesmen culture of hunting and living off the land really do really go hand in hand.”

Jack, his wife Maria and their infant son, Turner (named after the Turner River in Big Cypress), live in Ochopee on the family’s campground. Making a go of it in the Glades has been a way of life for their family for generations and they are proud to share it.

Shealy purchased his first truck from Billy Snyder. A biologist at Big Cypress, Billy lives in Everglades City with his wife Shannon and their two boys, Henry, 4, and Jack, 2. While 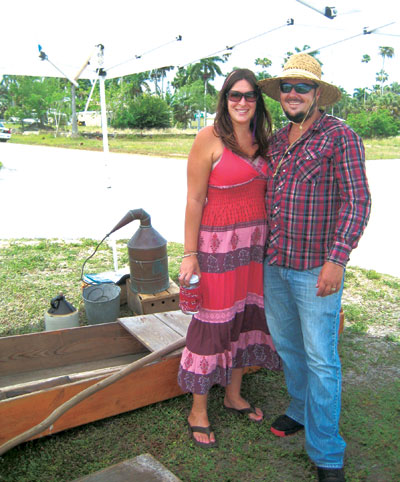 Billy spent much of his life in Florida, Shannon has only been an Everglades City resident for four years. “The kids really love it,” she states. “It’s a nice, quiet community. Growing up in the suburbs, there were a lot of things I missed out on. Here, we are close with our neighbors, we have a lot of space and a garden. We have papaya, mango and avocado trees in our yard.”

“We talk about how great it would be to do even more to draw people to the area. I’ve started with a line of all natural products of lotions and soaps for people. These are things 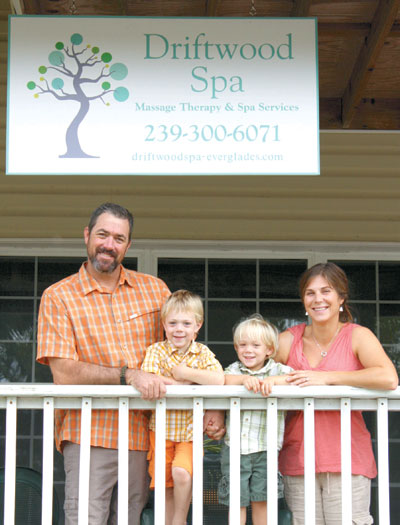 Billy and Shannon Snyder and their boys Henry and Jack enjoy the tranquility of Everglades City.

that people have to drive all the way to Whole Foods in Naples for, but by having them here, it makes it much more convenient. We definitely want to do much more of this.”

Shannon and Billy are excited that there’s new life and new ideas circulating in the Everglades. “It’s exciting to see that there are other young families like us down here making a go of it.”

The Snyder’s quickly befriended Andy and Sarah Lee when they moved to Chokoloskee last November. Bringing along their kids Rowen, 5, and Chapin, 3, the Lee’s, “were looking for somewhere with no limits,” explains Andy. Leaving places like Colorado and Idaho behind, they decided to try out Chokoloskee for six months. A year later, they’re still here and have started a business.

“I’d been a fly-fishing guide for ten seasons, but the problem is the season is really short [in Colorado]. I wanted to find a place I could fish year-round

Andy and Sarah Lee and their kids Rowen and Chapin moved to Chokoloskee a year ago. SUBMITTED PHOTOS

and could explore endlessly.” On advice from others in the business, the Lee’s came to Chokoloskee. “I wanted to learn the waters first, so I took some time and opened the doors in April.”

Through Grassroots Guiding, Captain Andy offers fly-fishing charters, either full or half-day. “The difference between regular fishing and fly fishing is like the difference between bullet hunting and conventional hunting. You have to be stealthy and stalk the fish.” Excursions are appointment based and usually run half-day or full day.

“The fly-fishing here is excellent,” adds Andy. “I focus on snook, tarpon and redfish. This area is so neat because you can fish for any of these species pretty much year-round.”

All three of these families found themselves in the Everglades and ready to make their go. With the same vision of planting roots and building a successful business in small town America, they are set on success. As Shannon Snyder says, “we’re here and we’re ready to make it happen.”