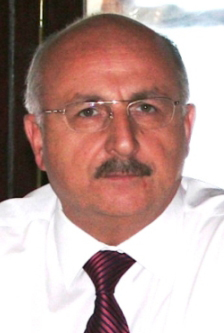 “We think the era of utilization of force and pressure in international relations has ended. Today, the will of the people will prevail, as it did in the election in Iran.”  That is what Mahmoud Ahmedinejad, President of the Islamic Republic of Iran told the reporters after the latest so-called elections in Iran. There was no “will of the people” in the elections in Iran. Candidates were handpicked by the Mullahs in charge and ballot boxes had more ballots cast than the total sum of the population in the area. Dissidents were beaten or shot to death. International observes were not allowed into the country to validate the election. And yet, this diminutive man with seventh century ideals and mentality was unashamed to make the assessment that “people prevailed” as a result of the elections.

“I don’t know why some countries do not want to understand the fact that the Iranian people do not tolerate force” was another one of Ahmedinejad’s infamous quotes after sending out his special forces into the streets to beat young Iranians with sticks, shoot a young female university student in front of her father during an anti-government demonstration.

And he was also quoted recently as saying “Our religion prohibits us from having nuclear arms and our religious leader has prohibited it from the point of view of religious law. It’s a closed road.” A closed road indeed! More like a closed mind. Ahmedinejad is a Muslim and when Mohammed the Prophet of Islam received revelations from God while meditating on top of Mt. Hera, the year was 622 A.D. and there was not much talk about nuclear arms. It is difficult to imagine how one can make such outrageous statements but then Ahmedinejad is not just anyone. He was born Mahmoud Saborjhian on October 28, 1956, in the village of Aradan, in north-central Iran, 82 miles southeast of Tehran. He was the fourth of seven children whose father was a blacksmith. In or around 1957, his father Ahmad changed the family name from Saborjhian (which translates to “thread painter,” the lowliest job in Iran’s traditional carpet-weaving industry), to the more religious (“race of Muhammad or “virtuous race”). He was born three years after an alleged CIA led coup installed Riza Shah Pahlavi to the throne. He grew up in a Western influenced Iran but was never involved in politics until he arrived at the Iran University. There he joined the Islamic Association of Students, a faction of the Office for Strengthening Unity between Universities and Theological Seminaries; a group which is suspected to be responsible for taking hostages at the American Embassy. He received a Civil Engineering degree from the University.

He may have been involved in many covert actual or planned  assassinations in the Middle East and Europe; such as planning the killing of Iranian Kurdish leader Abdorrahman Qassemlou in Vienna in July 1989; planning to kill Salman Rushdie, the controversial Anglo-Indian novelist who outraged Muslim leader Ayatollah Ruhollah Khomeini with his 1989 book The Satanic Verses.

In 2003, was appointed mayor of Tehran by the city council. As mayor, he began repealing reforms put in effect by the moderates, and imposed new cultural restrictions favored by the mullahs; such as the closing of Western fast-food restaurants, covering of billboards with Western references, advocating gender-segregated elevators in municipal buildings, turning many of the cultural centers into prayer halls during the Islamic holy month of Ramadan and forcing all male government employees to wear long sleeved shirts.

In 2006 he ran for President of Iran and with the help of the ruling Mullahs, won the elections. On the surface he is a very religious man; however his religious beliefs remain loyal only to Islam and he neither recognizes nor tolerates any other religion. His goal is to turn Iran into a regional power with nuclear weapons and to crush the State of Israel by any and all means. He said “Anybody who recognizes Israel will burn in the fire of the Islamic nation’s fury.” Ahmedinejad does not believe the Holocaust and continues to argue his position on the subject.

Recent events in Iran show that his power is diminishing. Economy is in shambles, middle class is beginning to show discontent, street demonstrations are growing while his responses are getting more and more brutal. On June 15 an estimated crowd of 3 million jammed the streets of Tehran in protest the fraudulent elections and on June 20 a young woman was shot and killed by one of his goons. This simple but very dangerous man continues to lead Iran, an oil rich country which supports Hamas, Hezbollah, Islamic Brotherhood, Al Qaida and many other Islamic terror organizations throughout the world. Recent events show that while his power is diminishing internally, his support from other Islamic countries continues to be strong. Conventional wisdom would have predicted his demise for certain; however many nations of the world seem to let this man have his way in his pursuit of nuclear weapons of mass destruction for one reason or another. One can only hope that his day will be over before he gets his chance to hurt millions of innocent men, women and children.  We would all be better off without Ahmedinejad at the helm of Iran. I think the Middle East is pregnant for huge events this year and Ahmedinejad is just one of them…

Tarik was born in Istanbul, Turkey and has been involved in international trade for 35 years. Currently chairman of Marco Island’s Code Enforcement Board, Tarik Ayasun has given many years of community service to various organizations.