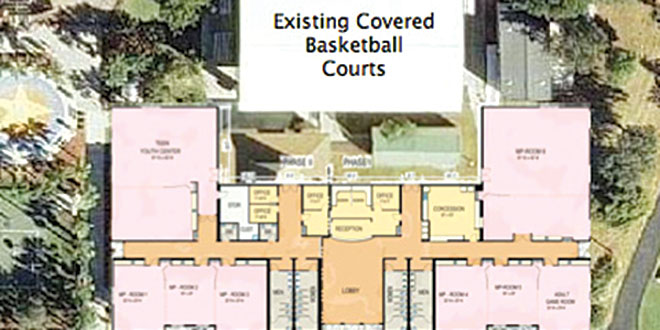 Greg West is no stranger to the Mackle Park Community Center referendum, which is set for a vote in the Aug. 26 election. Until recently, West served as the chairman of the city of Marco Island’s Parks and Recreation Advisory Committee (PRAC), and was one of the masterminds behind the committee’s marketing plan for the new community center.

Now, as the president of the Island Parks & Recreation Foundation Inc., West is pulling out all of the stops for one final push to raise the community’s awareness and favor for a new Mackle Park Community Center. In fact, he and Dr. Jerry Swiacki, who is a Foundation member and a member of PRAC, recently met with the board of the Marco Island Area Chamber of Commerce to launch the effort.

“We feel confident that this is going to go in our favor, but there are still a lot of questions out there. We want to help answer them,” says West.

The Foundation’s efforts will include the circulation of a marketing packet, advertising in various local publications and having local businesses and residents display signs showing their support. “Our target demographic is the young families on the island. They need to go out and vote,” West notes.

The Foundation’s public endorsement of the Mackle Park plan comes on the heels of the mailing of the city’s informational brochure asking residents how they will vote during the Aug. 26 election on the Mackle Park Community Center referendum.

The brochure is chock-full of information, and adds to the city’s efforts to inform the voting public and clarify misinformation circulated in the community.

“Shall the city expend up to $3.5 million to construct a new community center up to 16,000 square feet at Mackle Park?”

It is an answer that is a long-time coming. After all, a Master Plan for improvements to the entire Mackle Park campus was introduced in 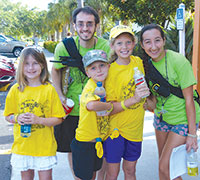 2005. Four of the five phases of the plan have been completed to the tune of $2.5 million. The only remaining component is the community center.

To be sure, most agree something needs to be done with the current 25-year-old community center. The 8,000-square-foot building was built in 1986 by Collier County, and is horribly out of compliance with the building code, ADA regulations and current flood codes. Everything — front door, the electrical systems, air conditioning, leaky roof — needs major work. Renovating the center has been estimated at $500,000, and city officials agree that a renovation would not fix all of the problems.

When the initial concept of redeveloping the community center surfaced, the proposal included a two-story, 40,000-square-foot building that included classrooms, a teaching kitchen, an indoor track and gymnasium. Dubbed by many “The Taj Mahal,” this plan carried a hefty price tag of $6 million and a creative financing plan that incorporated a public-private partnership with a 12-year lease-purchase agreement at $600,000 annually. The bill would be paid through property taxes.

Still, the marketing efforts by the Foundation and the city are not the first for the Mackle Park plan. In January, the Parks and Recreation Advisory Committee set out on a marketing campaign to educate Marco Islanders on the plan, including a four-pronged approach of the Farmers’ Market,

Dr. Gerry Swiacki speaking on the building of a Community Center. FILE PHOTOS

• Brian Howell with Naples-based Phoenix Associates of South Florida Inc., a construction and engineering firm, confirmed that a figure between $190 and $200 per square foot would be sufficient to build Marco Island’s current community center with no gymnasium.

• According to W. Jeffrey Mudgett, a principal with Parker/Mudgett/Smith Architects Inc. in Fort Myers, the ares of the new 30,000-square-foot North Fort Myers Recreation Center that did not include an enclosed gymnasium cost Lee County just $162 per square foot. The current Mackle Park design concept is based on the plans for this new rec center. Mudgett suggested Marco Island add 5 percent to account for increases in market costs along with a $5 per square foot premium because construction costs on Marco are higher than those in the middle of Lee County. The price: $175 per square foot, or $2.8 million for the 16,000-square-foot building with no contingencies, furnishing or accessories.

In the end, Galiana and Hernstadt settled on a $3.5 million price tag for a “traditional” construction method and pricing of $200 per square foot plus a 9 percent contingency, and this is the plan Marco Island residents will vote up or down on Aug. 26.