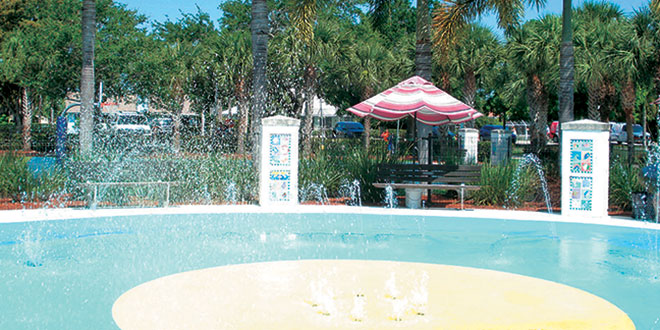 Mackle Park, located at 1361 Andalusia Terrace, Marco Island has been a hub of community activity for many years. This oasis of recreation has served Marco Island’s residents and visitors of all ages with its outstanding programs and facilities. Whether attending a “Be Fit Over 50” class, taking a stroll around the lake, or attending Camp Mackle, it has been one of the best places to be for fun on the island.

Soon Mackle Park will be going through some changes. And these changes appear to be good ones for this community. August 5, 2016 will bring the closing of the Mackle Park Community Center as it exists today. The current 6,700 square foot building, constructed in 1987, will close its doors and await demolition. But as one chapter ends, another will begin, as the new

After several years of sizing and funding debate and persistent encouragement from the Parks and Recreation Advisory Committee, on June 6, 2016, the City Council of Marco Island formally approved the funding for this new construction, awarding the contract to R.E. Crawford Construction of Sarasota. The construction is anticipated to start in mid-August.

With so much recreational activity that takes place on a daily basis at Mackle Park, you may be wondering what will happen to these activities during construction. Have no fear, they will continue! Coastal Breeze News spoke with Alex Galiana, Administrative/Facilities Manager of the Parks and Recreation Department of the City of Marco Island. He said that all of the outdoor programs and activities will continue to be available throughout the construction. The paved walkway around the lake will be open 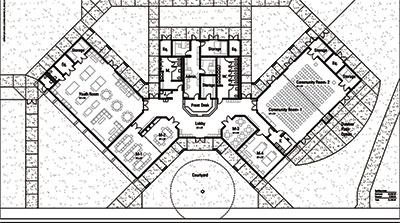 for pedestrians and bicycles. The basketball courts will be available, along with the bocce courts, shuffleboard, and soccer fields. Kid’s Cove, the colorful playground, will remain in full swing along with the water spray park. A construction fence will separate the ongoing activities from the new construction project. Restrooms will be available in a temporary trailer similar to the one that has been utilized for many years at Veterans Community Park. Most indoor activities will be relocated to the Family Church at 1450 Winterberry Drive. Some programs will need to be downsized during the construction due to less space available at the church. Currently, the Men’s Club and the Italian American Club use the community room at Mackle Park for their meetings, but unfortunately due to their large number of members, there will be no meeting space

Photos by Maureen ChodabaA view of the lake at Mackle Park.

large enough to accommodate these clubs at the Family Church. City staff has worked with both groups to identify alternate venues.

Galiana’s office will be relocated to the current teen center trailer at the park, along with the checkout center for basketballs and other equipment. He looks forward to the construction of the new building, which will provide fifty percent more space, saying, “It has been a long road that is finally coming to an end. We are going to have a brand new, great looking building. Marco Island deserves this.” Galiana went on to say, “My kids were raised at this park.” Mackle Park has truly been a place of fun for many Marco Island families.

room that can be divided with a partition to make two, as currently exists, the new community center will offer three smaller rooms, two that can be divided, making for better utilization of space. Galiana said “Right now, even though the one community room can be divided, you can’t have a karate class taking place on one side while a card game takes place on the other.” In essence, the park will go from having two program rooms to having the potential of five separate spaces in the new building.

Whether playing bocce, shooting hoops or taking a walk around the lake, we can continue to enjoy the beauty of Mackle Park, watching the construction progress over the12-month revitalization project. As the sun sets on this park, it brings forth the promise of a new dawn; truly a new beginning for the future generations of Marco Island.