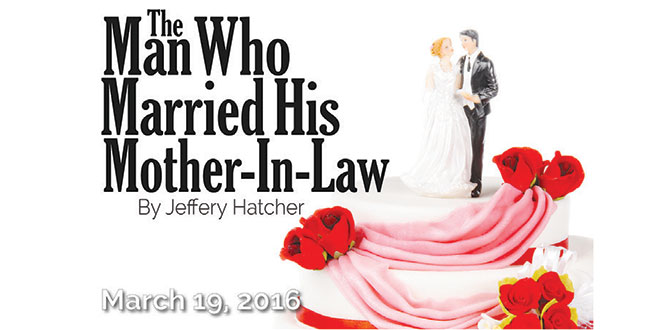 The Lunch Box Series is a wonderful lunchtime treat that includes lunch, a show and conversation with the cast after the show, all for $28 each!

On January 9, 2016 “The Black Queen,” Catherine de Medici, will be performed by Janina Birtolo. “The Black Queen” tells the intriguing story of the Renaissance woman who never expected to be a queen, yet who went on to be the power behind the throne through the reigns

of three of her sons. During her early years in her new country, Catherine was despised and discounted as “the Italian woman.” When she became Queen Regent, however, she proved how astute and skilled a leader she was.

On February 20, 2016 John, Mary Anne & Friends will perform “A Taste of Broadway.” John and Mary Anne McKerrow will be back by popular demand to perform a collection of Broadway tunes with one or two special guests.

[/caption] width=”200″ height=”127″ />On March 19, 2016 “The Man Who Married His Mother-In-Law,” by Jeffrey Hatcher, will be performed by Greg Madera. This one-act play tells the story of a man who marries his mother-in-law to shelter five million dollars from the IRS.

Located in the heart of beautiful Marco Island, The Marco Players Theater is in the Marco Town Center Mall. Tickets are $28 each and include a box lunch. Get your tickets at www.TheMarcoPlayers.com, visit the box office before the show or call 239-642-7270.