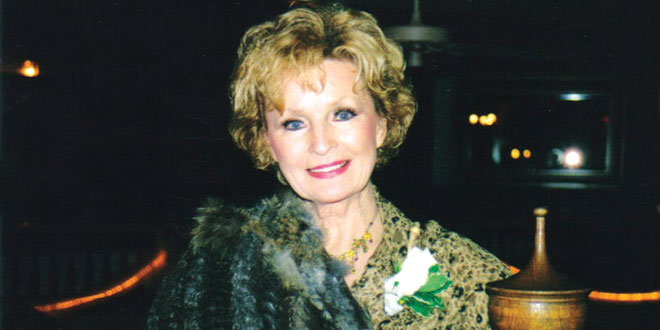 Review by Jane A. Marlowe

Janina Stankiewicz will speak about her family’s incredible story which she has told through the medium of an historical novel. Their odyssey began in pre World War II Russia where the author was born in Byelorussia, now Belarus.  Her family lived in north central Russia under the murderous Communist leader, Josef Stalin and his ruthless army of Bolsheviks.

Her central characters, Sasha and Anya, follow the exact life endured by her parents. The young couple came from good, industrious people who owned land and worked hard to provide decent lives for all the generations of their families. Often, members of large families worked farms together, living in the same  house with parents and grandparents.  Each member of the family performed daily tasks according to his or her ability and skills.  It was a good life, worthwhile and happy because they were together in a home where love and respect prevailed. It was a good life as long as they did not draw the attention of the authorities and the army.

The Bolsheviks hated the landowners, the Kulaki, and were especially brutal to them. The soldiers would rampage on the slightest provocation and burn homes, crops, livestock and kill or deport whole families to Siberia. Death was the only way to freedom and release from a life of horror which awaited any poor victim of the Bolsheviks.

Men were at risk from another dangerous group, the Partisans who were fighting against the Communist regime and the Bolsheviks. They snatched men in their fields, on their way home from work, wherever they could find an able man to conscript into their numbers. Reasonable men like Sasha and his six brothers knew it was impossible to resist the overwhelming force and cruelty of the Bolsheviks and endeavored to live quietly and unobtrusively in order to protect their families.

Tragedy struck one night when the Bolsheviks stormed Sasha’s family home and the home of his nearest brother. Lives were lost and members of the family taken away. His parents, crushed by sorrow, their farm ruined, could no longer provide for the extended family. Sasha and Anya found work in a government controlled factory in another village and found a small cabin for their family.

Sasha was caught one night by a gang of Partisans who held him captive for four months, trying to compel him to join their group, treating him very badly when he resisted.  A former friend, part of the group holding him, taunted him about Anya and implied she was a tempting beauty even several months into her pregnancy. Sasha was determined to escape and chipped at the cement holding the bars of the lone window where they were holding him until he could climb through and flee into the night.

This was the beginning of the long ordeal Sasha and Anya shared. Danger came from their own oppressive government, neighbors and villagers who informed on others in order to survive, the Nazis, who were rapidly advancing into Russia.  The young couple struggled to find ways to overcome their crumbling homeland and loss of so much that made life good. Their arduous journey took them to Germany’s work camps and to displaced persons camps after the war. The couple clung to the old values and taught their children to love and care for one another, to pray for deliverance and showed them by their own example of total love and commitment how to endure the unendurable.

Janina Stankiewicz Chung will visit Keep In Touch at the Shops of Marco on Thursday, April 25 from 6:30PM to 8PM. She will recount some of her memories of her family’s struggle and how they found their way to America. Please join her for an evening of conversation, wine and cheese. The author will be signing copies of her book which will be available for purchase.  Mike Held is hosting the evening and welcomes you to his interesting shop.