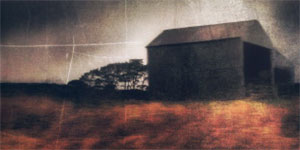 Maltman has taken an incident, the true story of a small-town Minnesota boy killing the local sheriff with a shotgun, and fashioned Little Wolves (Soho Press, 2012) into a captivating read.

Sixteen-year-old Seth Fallon, Junior, took his shotgun, went to his teacher’s house, range the doorbell, and getting no response, walked on. He was stopped by the sheriff who while rolling down his car window was greeted with a shotgun blast to his face. Later that day, Seth was found in a field, having turned the gun on himself.

This book is full of characters whose mundane intertwined outer lives belie their inner selves. Each has a piece or two of the puzzles that plague the protagonists, Seth “Grizz” Fallon, Sr. and Clara, the newly-arrived Lutheran pastor’s pregnant wife.

Grizz is a felon, having served time for his relationship with Seth’s mother, which started when she was underage. After his term, they were married and she died from lupus complications after Seth was born. Grizz had played high school football with the sheriff and they had been best friends in their youth. His wife was the goddaughter of the deputy sheriff, who blames Grizz for her death, since her lupus made motherhood a high-risk endeavor. All of the law enforcement community has deep-rooted contempt for Grizz and now that his son has murdered their beloved sheriff, the hatred is amped to full throttle. He is left to grieve on his own 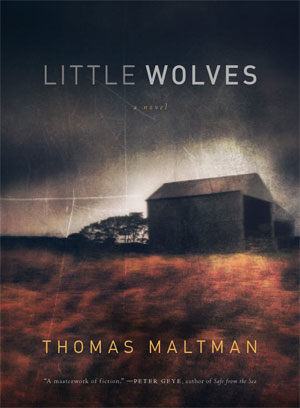 and to find the motivation for his son’s actions. When he is told that his son must be buried in the cemetery’s suicide section away from the “saints” section where his wife is buried, Grizz takes matters into his own hands.

Clara Warren is the substitute English teacher whom Seth first visited. She was at home in her basement but, gripped with a sense of foreboding, did not answer the door. Clara should be finishing her dissertation in early Anglo-Saxon literature, but the local high school English teacher had a stroke and Clara has been pressed into duty.

Clara has many “feelings” and senses of deja vu. The reader might attribute these solely to her gestational hormones, except we learn she has had these all of her life. After moving to Lone Mountain, Minnesota, she is haunted by intensified feelings of familiarity and attachment to the place.

Using Norse mythology and Clara’s own tales of a wolf child, Maltman expertly weaves a narrow thread of mysticism into the story. The little wolves are actually three coyotes that Seth Junior befriended years prior and these “wolves” are the device the author uses to link Clara with the deceased Seth. Done with a heavier hand, it might have been creepy and manipulative, but Thomas Maltman is a master wordsmith and storyteller. He seasons this story with just about the perfect amount of every ingredient. There is literally (pardon the pun) never a dull moment in this book.