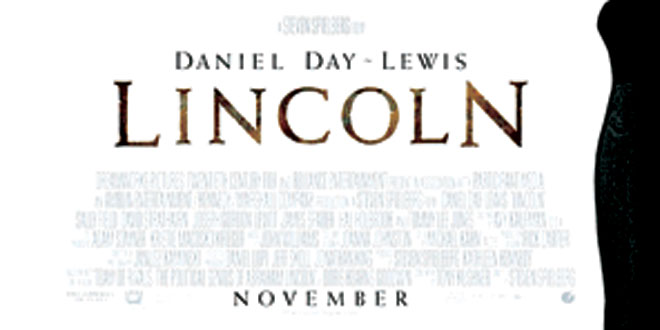 n 1865, the Civil War was draining the blood of North and South. Mr. Lincoln was personally ravaged by the war and was also determined to abolish slavery by passage of the Thirteenth Amendment to the Constitution. This piece of history and Mr. Lincoln’s remarkable life is the focal point of Steven Spielberg’s “Lincoln”, based in large part on Doris Kearns Goodwin’s “Team of Rivals”.

Daniel Day-Lewis is extraordinary as he cajoles, manipulates and threatens both Republicans and Democrats to pick off each critical vote. This is not the Lincoln of past movie makers; this Lincoln shuffles, speaks in a high voice (as noted in all the contemporary descriptions of the President), and struggles with his own personal demons. We are watching Lincoln from the inside out, and Mr. Lewis is mesmerizing.

Do not expect a sweeping panorama just because the movie is long – over two and a half hours. There are few battle scenes, and most of the action is confined to smoky, cramped rooms and the muddy streets of Washington, D.C. There’s a lot going on in the relatively short historical time span covered. It’s fascinating how the movie depicts that not much has changed in Washington politics. The system is the same. Horse-trading, lobbying and favoritism exist now as then…communications and transportation may be faster, streets may be paved; politicians and the process have not changed.

After the Emancipation Proclamation, the Senate passed the 13th Amendment abolishing slavery. It languished in a sharply divided House of Representatives. Lincoln faced two problems in the House: Democrats were almost unanimously opposed to the amendment. Fernando Wood, a leader of the New York delegation (well played by Lee Pace) was inalterably opposed because New York was lukewarm, at best, about the war. There was a great deal of profitable trade between New York and the South. Republicans were split. One group favored immediate action. The other was afraid the Amendment would fail if voted on too soon, and wanted a delay. Thaddeus Stevens, portrayed by Tommy Lee Jones as a feisty oratorical firebrand, was a key to the outcome. 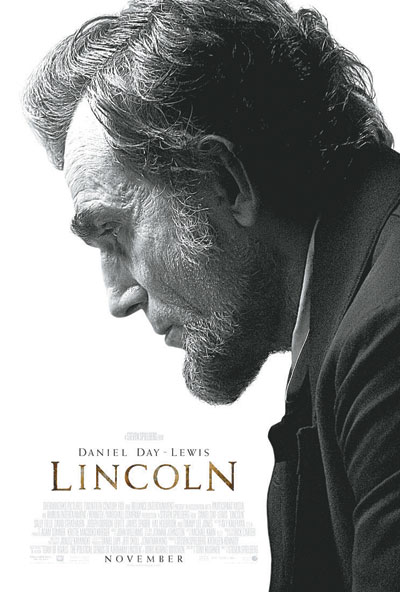 pure political genius. He was more than the humble log splitter of legend, or the Lincoln that Hollywood gave us in the form of Raymond Massey and Henry Fonda. This movie shows us Lincoln much more as history records him.

Sally Fields is at her best as Mary Todd Lincoln the tortured wife and mother. She comes close to the ragged edge, but never overplays the role. The supporting cast fit the mold. James Spader plays W.N. Bilbo, one of three “enforcers” who will do virtually anything demanded by Mr. Lincoln in order to get those few votes. He is a vulgar bully who clearly loves his job and Spader, replete with a magnificent mustache, is the very model of a modern major lobbyist. Jackie Earle Haley is almost a dead ringer as Alexander Stephens, Vice President of the Confederacy, who is on a mission to broker a truce, rather than surrender. Hal Holbrook is a serviceable Francis Preston Blair, who attempts negotiating an agreeable peace pact, and David Strathcairn is admirable as Secretary of State William Seward.

Mr. Lewis, however, carries the movie. He carries off Lincoln’s penchant for anecdotes and aphorisms, while suffering through both the bloodshed and the carnage in Congress. He is both homespun and his language bounces between “ain’t” and soaring eloquence now inscribed on the Lincoln Memorial.

Along with the performances the settings and cinematography are outstanding. Details of the 1865 White House as a chilly, cluttered and uncomfortable presidential home are fascinating. The lighting in some scenes is almost like a Caravaggio painting, relying on the play of light and shadow. The fog and smoke of Washington, both real and atmospheric, are captured perfectly.

Fair warning: this version of Lincoln is very focused, and replete with extraordinary dialog, some of it delivered quickly…almost Shakespearean in that sense. There are a few apparent flaws in this version of Washington, D.C. at the tail end of the Civil War. Were there really black people in the House gallery when votes were taken on the 13th Amendment, and were there black men and women in the stands for Mr. Lincoln’s Second Inaugural Address? I doubt it. But that’s a minor, perhaps debatable, point in the context of a very compelling motion picture.