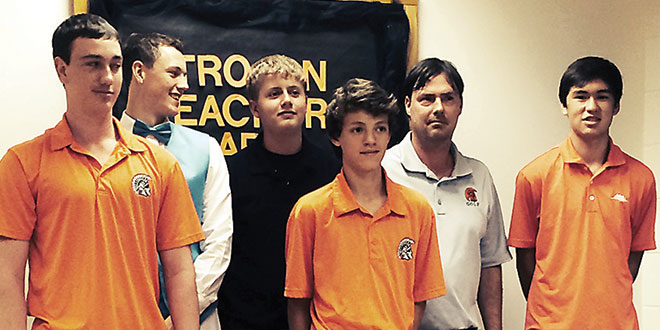 The Golf Team were included in the awards night banquet. Several recognitions were awarded: Hunter O’Neil and Becca Gates were recognized for being named to the All-Conference and both made it to the Regional golf finals. The coach named Hunter as the team’s Most Valuable Player and he presented Nicholas Gross with the Team Spirit award. For the girl’s team, Becca Gates earned Most Valuable Player. Yanish Meester was named the Most Improved Player, and the Coach presented the Coaches’ Award to Itze Gomez.