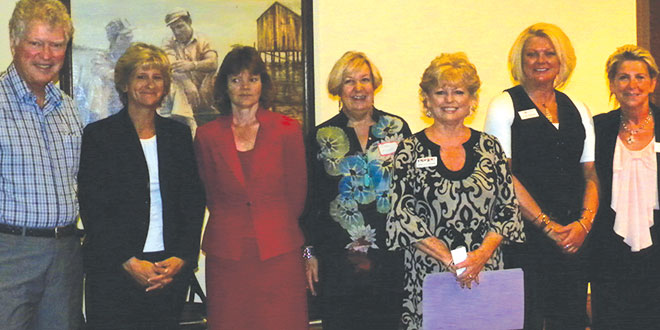 The Marco Island Canadian Club held their last event of the season at the Marco Island Historical Museum on Thursday, March 27. The “Networking Symposium: What You Need to Know to Buy, Sell or Rent Properties in Southwest Florida” was aimed at answering questions Canadians might have regarding real estate on the island. 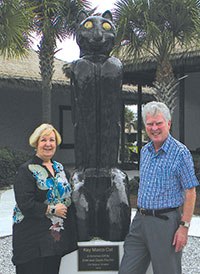 Canadian Club founders, Gary and Sandy Elliott in front of the Key Marco Cat statue at the Historical Museum

sponsor and founder of The Island Title 5 Star Closing Team, Dawn Norgren, introduced the esteemed panel of experts, versed in various real estate issues. They then proceeded to network through the crowd of 120 club members in attendance. Club founders, Gary and Sandy Elliott, said they try to incorporate networking into informal and social, yet informative events.