Language Has a Slippery Slope 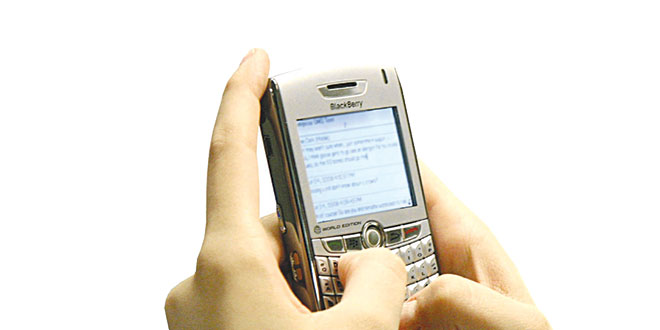 Is there really no escaping the fate of eventually sounding just like our parents? Is today’s music really just noise? (I know mine was to my parents.) Are kids today really wearing horrible statements for clothing just to get a reaction from “us” (as we did to “them” 40-50 years ago)? Is language truly a dying art? Zounds, methinks not.

Oh right, no one says “zounds” anymore, and “methinks” it’s amazing that spell check has nothing to say about, well, about methinkings. Or zounds. Huh?

Like everything else, language is, of course, constantly evolving. I recently came across an old Facebook communique with a contemporary of mine. He wrote, “if U rite lk ths, dont xpect me to reed it.” I replied, “wow, groovy, I dig it, but am I still right-on with you?” Oh, how it made me LOL to use those words that would have caused my mother, the grammarian, to cringe! He, BTW, did no such L-ingOL, and so a debate ensued.

As much as I adore the English language of my youth, I have no intentions of being left behind and in the dark when it comes to understanding contemporary lingo, most of which seems to be centered around or resulting from current communication technology. Guess I have a “FOMO.” Although I’m perfectly “OK” with “CUL8R” and “4YEO” and other common acronyms in text-talk, I still have a few pet peeves that I can’t seem to shake. One is the popular “verbing” of nouns. Even in my young and wild days, I resisted “partying” in favor of going to parties. And now, even though I have finally joined the ranks of those who send text messages, you will not catch me “texting,” but that’s a personal choice and my one true badge of fuddy-duddyism. Maybe.

Another peeve is the turning of nouns into adjectives. You may remember I once wrote a column about my distaste for phrases like “women artists” as opposed to the proper “female artist.” So it seems that, while I’m pretty loose with spelling short-cuts, my grammar and usage tolerance is still pretty low.

When I was in college, I drove my art history professor to distraction during a discussion on the labels given to certain periods of art. I was pretty jiggy (!) with labels that described a particular style, like “impressionism,” “romanticism,” “cubism” and “fauvism,” but they lost me at “modern” and “contemporary.”

You see, in early 20th century “modern” was modern because it implied a purposeful casting off of what came before; but “contemporary,” which came after modern, was contemporary because it supposedly disregarded all that came before and was created purely in the now. And all of this happened decades before my studies. I found it difficult to call 50-year-old art contemporary. Still do. These days the art world just slaps “neo” in front of everything from classical to contemporary. I know of an artist who calls herself a neo-realist. Neo-really? I don’t neo-think so. How about a neo-reality check?

Gosh, I’m having fun. My spell check is lighting up like a pinball table!

I often tell my drawing students that it’s important to learn the rules in order to break them properly, and I believe that. Acronym your tiny hearts out, so long as you actually understand what an acronym is — and have something interesting to say — and I’ll read it. After all, in the rules of language, even I have taken a slide down slippery slopes. M’bad. (Spell check? Nothing? Huh.)

In a recent column, I was discussing compliments on the color wheel. An alert BFF emailed me (AKA electronically mailed me) “Nice column” is a compliment, but color wheel opposites are complements (needed to complete). I’m including this tale not only FYI but also FYA.

I could go on, but the neighbor kids are playing their noise too loud to concentrate — plus “The Golden Girls” is coming on.

[BTW, you can hip yourselves to both modern and contemporary techno-vernacular at www.mob1le.com/sms.html. You didn’t think I actually knew all that, did you?]