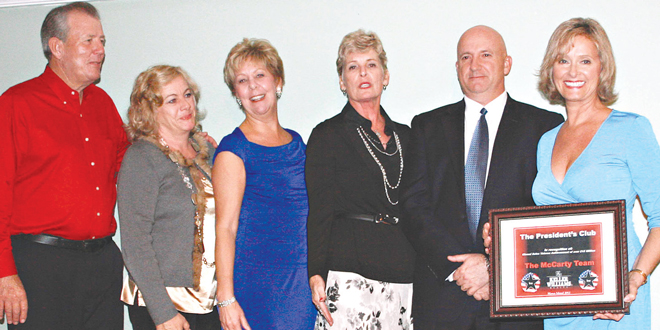 For Keller Williams Realty, 2012 was a very good year indeed. In fact, Keller Williams has finished number one for closed volume within the Marco Island Area Association of Realtors for the second consecutive year in a row.

Keller Williams has had a presence on Marco Island since 2005, 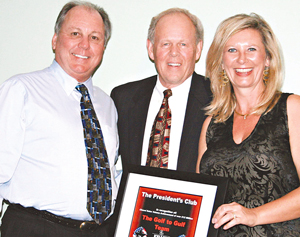 made up of individually owned and operated offices and realty teams. With a new team leader in Kristine Hansen, and an increase in closed volume and closed units from last year’s numbers, the representatives of Keller Williams honored their mission statement with every transaction: “Careers Worth Having, Businesses Worth Owning and 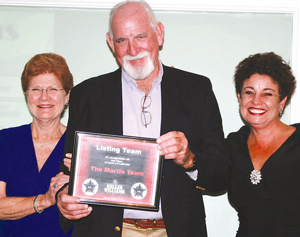 The Martin Team with Terri Hansen.

Lives Worth Living, We strive to create a work place that honors God, family then business.”

On January 25th, Keller Williams realtors joined together at Bistro Soleil for an awards banquet, celebrating their successes in 2012. These awards included Rookie of the Year, Listing Awards given to individual realtors and realty teams 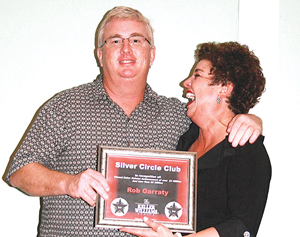 with the most volume and units, and awards for sales records. A good time had by all, the greatest award was that for the second year, Keller Williams Realty as a whole was the number one office in volume and units.

And the realtors at Keller Williams are aiming for a third 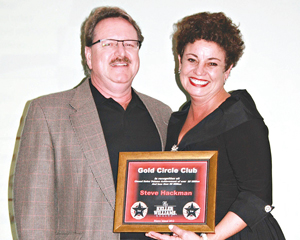 An award for Steve Hackman.

year. With confidence that the market will be in their favor for 2013, Donna Cottrell, the Market Center Administrator for Keller Williams Realty Marco, has said that their goal is for, “continued growth of agent count and agent production,” and to, “offer a very high level of education to the agents 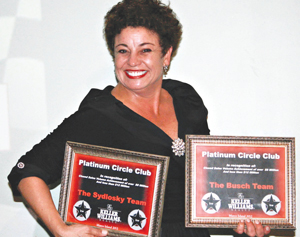 so they can have the best career possible.” This should put them far ahead for the third consecutive number one spot, keeping their streak of providing Marco Island with quality realty services.

Congratulations to all of the agents for their respective awards, and to Keller Williams for being the number one realty office in volume and units for the second year running.