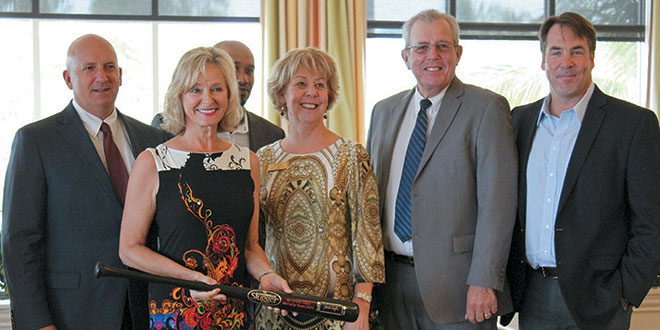 Each year since 2007, Keller Williams Realty of Marco Island has held an award ceremony for their many agents, celebrating different selling achievements as well as benchmarks they’ve reached. On March 9th the company held their 9th annual awards event at the Hideaway Beach Club on Marco.

The morning began with breakfast provided by the club. Agents slowly trickled into the large room that overlooks the water and mingled among one another. It felt like a reunion for some of the realtors who maybe hadn’t seen each other in awhile. There was a lot of back pats and laughter and the atmosphere was friendly and almost family-like. It seems that there’s a certain comradery between the agents at Keller Williams, many of whom have been working together since the company opened on Marco Island in 2005.

“We are proud to be in business with our associates,” said Keller Williams Market Center Administrator, Donna Cottrell. “These amazing agents are just a few of the hardworking individuals and teams that are making a difference

in our community through their real estate careers.”

Once everyone was settled and the breakfast had been cleared away, the awards ceremony commenced. Instead of pitting agents against one another, the awards seemed to bring them closer together. The only real competition was beating their old individual records and setting new ones. The agents strive to outdo what they did last year in order to grow as businesspeople. Almost every person in the room received some form of trophy or recognition for their hard work.

The awards came in all different kinds of creative shapes and sizes. For each award there seemed to be a bronze, silver and gold category for the varying achievements of each agent. For instance the “Heavy Hitter Award,” was in the form of a baseball bat and was given to realtors who sold 10 million or more in volume for the year. While the “Million Dollar Club” award was for those who had closed sales in volume of over 1 million dollars.

The McCarty Team was the big winner that 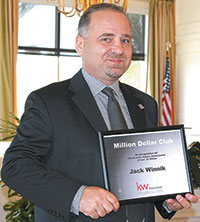 day. They placed number one in closed volume on the island for 2015. For the second year in a row the team was recognized as the number one group in the MIAAOR for marketshare. And they are also in the top 100 for Keller Williams Realty International.

Also winning awards for closed volume were Bev Moyer and The Boyle Team. The same trio won for both listings and closed units – Cindy Timmerman, The Shapiro Team and The McCarty Team.

Janice Broyles went away with the Rookie of the Year Award, while Beth Smith won the Culture Award. The Award of Determination was given to Ruben Zamora and the Award of Commitment to Mary Dowsett.

Real estate is a tough business. The awards are a fun way to recognize all the hard work and long hours these women and men put into the company each year.