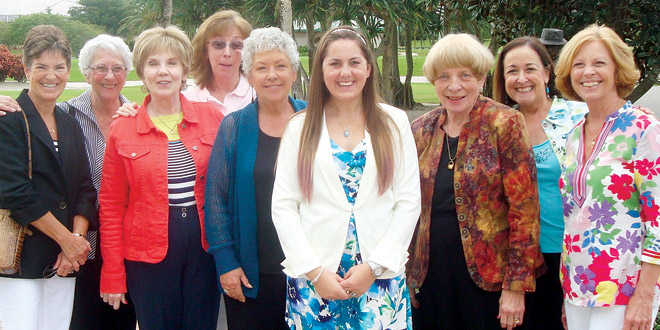 P.E.O. is a philanthropic educational organization which aids deserving women reaching educational goals through loans, grants, and scholarships. Money is raised for these causes through donations and various other means, including raffles, cookbook sales, garage sales, auctions, and working at polling places during elections. The organization also owns Cottey College which is located in Nevada, Missouri.

One special scholarship is especially dear to the hearts of Marco Island’s Chapter GT of P.E.O. It came about at the death of the chapter’s oldest active member, Jane Vee. Jane was 86 years old when she died in a tragic accident. She was a feisty, active woman who was talented in the areas of art and floral design, and she loved to play golf. Just a few years prior to her death, Jane made a hole in one on the golf course and she said she, “hoped heaven had a golf course.” 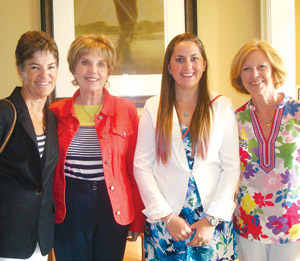 committee was formed to determine how best to use the scholarship money and it was decided the first Jane Vee Scholarship should be awarded to a female college student pursuing a professional career in the golf community. After much deliberation the committee voted to award the scholarship to Chelsea Guoynes.

Chelsea is the daughter of John and Teri Guoynes of Knoxville, Tennessee. She is a sophomore at Florida Gulf Coast University, majoring in Professional Golf Management, and she has been playing golf since the age of two when her father took her with him to the golf course. He immediately knew his youngest daughter had a natural swing.

The scholarship presentation ceremony was held on January 19th at a luncheon in Chelsea’s honor at the Island Country Club on Marco Island. Chelsea told Chapter GT members in attendance that her major is a four and a half year program and she is one of only six females enrolled in it. Chelsea’s goal after graduation is to create a junior tournament circuit which will be affordable for all economic brackets.