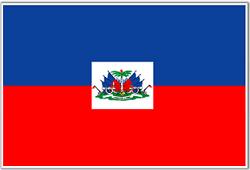 The eyes, the heart, and purse strings the world over are opening to help and comfort the people of Haiti.  Churches, schools, governments and neighborhoods are embracing this small Caribbean country stricken by tragedy.

Wednesday, January 27, the Hilton Marco Island Beach Resort & Spa is hosting a silent auction fundraiser in the Grand Ballroom, lending a helping hand to victims of the Haitian earthquake.

“Fifty-five employees of the Hilton are Haitian and there is not one that does not have friends and family members affected by this tragedy,” Mac Chaudhry, Hilton General Manager said.

Life can be tough, as evidenced by a Marco Hilton employee who lost 22 members of his family.

Chaudhry, the Hilton Hotel Care Committee, and 250 Hilton employees refused to stand idle and once the idea of a fundraiser unfolded, they began working tirelessly, giving time and effort to organize the fundraiser and reach out to the Marco Island community for help.

The Marco Island Disaster Fund, a 501c3 not for profit, founded during the Hurricane Katrina aftermath recognized the hard work of staff and management of the Hilton and made an initial donation of $2500 to the Hilton Fundraiser.

“In raising monies during the Katrina calamity, the management and staff from the Hilton, along with The Marco Island Disaster Fund, raised $35,000, one of the largest amounts raised in one day in the history of Marco Island,” said Stef Stefanides.

Many of the staff facing sadness now are the same who spent time and energy helping Katrina survivors.

“On behalf of the victims of the Haitian earthquake and the Hilton staff working faithfully, I am very thankful to the board members of the Marco Island Disaster Fund for stepping up with this kind donation to boost the efforts for the January 27th fundraiser,” Chaudhry commented.

The Silent Auction Fundraiser will be held in the Grand Ballroom of the Hilton on January 27 from 5:30 to 7:30 p.m. There will be a $10 admission, hors d’oeuvres and cash bar. Parking will be complimentary.  All proceeds go to benefit the victims.