It’s a Matter of Taste 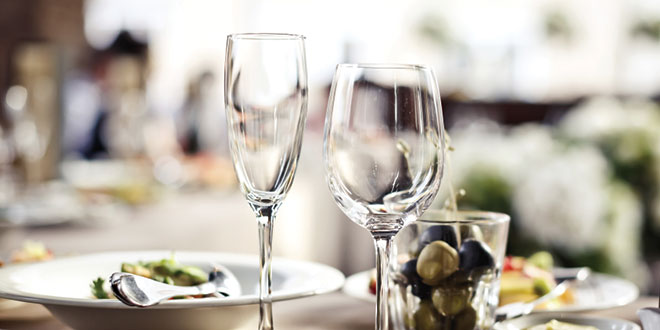 Friends of mine recently opened a new French restaurant, and as I drove home after my first satisfying visit, I thought of how happy they looked, working like the proverbial dogs but in their own business at something they love doing. Owning and running a restaurant isn’t for the faint of heart, and any time I had even a passing thought of entering the food business, I admit I had to lie down until the feeling went away. It also is not for the inexperienced.

Both of my parents were wonderful cooks and bakers, and I spent many hours in the kitchen observing, with little ‘hands-on’ experience. When I got married, I could boil an egg (sort of) with varied degrees of hardness. As a new bride, I had more guts in the kitchen than brains, but always figured if I could read a book I could follow a recipe. What I didn’t know was the gigantic errors I was about to make were not explained in any cookbook, nor was the massive cleanup that always followed.

We have all had those mini-disasters — when the cake fell (either in the pan or on the floor) and we were blessed to have that container of chocolate syrup in the pantry in order to improvise and serve a pudding. I never managed to do anything quite that simple.

My first experiment into the world of fried food was classic. We invited two couples for dinner, and I decided homemade French fries would be wonderful. Maybe they would have been, if I had known what I was doing. I heated the oil to the correct temperature, even used a special thermometer — and then dumped in enough carefully sliced potatoes to feed a few armies. They fried, and fried, and fried, but remained an anemic, pasty color, resembling an untanned tourist. They stuck together in a clump, and after quite a long time, it was clear even to me, that there was a problem. As I began to remove them from the oil, I noticed the ones that were left began to turn brown. Could it be that simple? Cook a few at a time? Lesson learned.

Then there was the time we invited a very elegant couple to dinner, and I decided to make a cake with a chocolate pudding-like filling. In order to keep it fresh and tasty, that was the last thing I was preparing. The cake was baked, and as I mixed the chocolate, my spatula became caught in the Mixmaster’s blades. Have you ever seen airborne liquid chocolate fly through a room and decorate your kitchen (and yourself) from top to bottom?

With an hour to spare, we sanitized the walls and floor, even managed to scrape it off me and the ceiling. I decided maybe I’d make the coffee ahead of time “just in case.” I had one of those old-fashioned percolators — remember the kind with the basket on a hollow spindle? I added my secret ingredients and with the coffee on I turned my back. Now, I don’t ever recall reading that the spindle could become blocked — perhaps with stray coffee — but it did, and when that happened… Imagine an Old Faithful geyser of hot coffee blowing all over your kitchen, immediately after you had removed a layer of chocolate ganache.

I could have wept, but instead, I recalled my dear grandmother’s favorite cooking disaster story. As a bride, she and her husband moved into a new apartment, which they were having redecorated. She wanted to impress her new husband by making pancakes for his breakfast, while he was apparently in a hurry to get to work. As she rushed through the preparations, she saw the pancakes looked kind of heavy and, like my fried potatoes, refused to get brown. Grandfather must have been a good sport; he ate a few, complimented her, and went on his way. Only then did Grandma discover that in her rush she had grabbed the bag of wallpaper paste instead of flour.

Leave cooking to the pros, and make reservations!