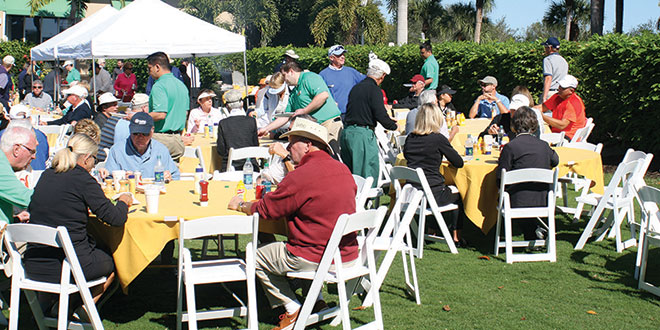 The monetary awards are determined through a grant process. One of this year’s recipients is the American Cancer Society where funds are earmarked for pediatric cancer research. Groups who have benefitted over the years from the foundation include the Marco Island Charter Middle School, Avow Hospice, Habitat for Humanity of Collier County and First Tee of Collier County, which introduces golf to area teens. This year, each team participating in the tournament did so with a student golfer from the program.

Following a warm-up on the putting green and driving range, golfers enjoyed an alfresco lunch 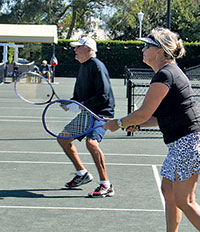 At the south end of the club, the tennis courts were busy as well with mixed-double play. This is the second year for the tennis portion of the event. A Flight winners Brock Wilson and Mary Nugent defeated Mike DeLazzer and Sally Abramo 8-7. B flight winners Jeff and Eileen Fisher defeated Ric Maly and Marge Eichman 8-2.

The golf and tennis event is the club’s second charitable endeavor of the year. In December, the club hosted the Joy of Giving, benefitting needy families.

For more information about ICCF, go to their website at www.ICCCFoundation.org.