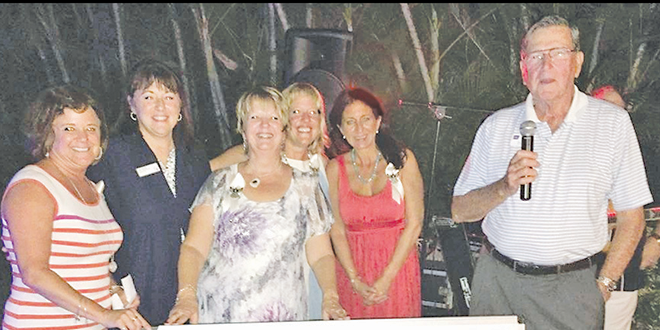 Island Angels, a new charitable group, generated more than $18,500 for the American Cancer Society Marco Island chapter at its debut fundraiser, a party held recently at the home of one its members, Paula Cummings. The evening included live music from the Dock Boys, food catered by Bistro Soleil. Proceeds from the $25 per-person social gathering were dedicated to pediatric cancer research. The Island Angels was formed last fall when Cummings, Nancy Theis, Colleen Popoff and Terry Degeneffe decided to help raise awareness and money for local charities. A different charity will be selected as the recipient for next year’s fundraiser. Island Angels is currently developing an application process for local charities, with the choice to be announced this fall. For more information, contact Cummings at Paulacummings@charter.net.