Is It Possible to Win Without Talent? 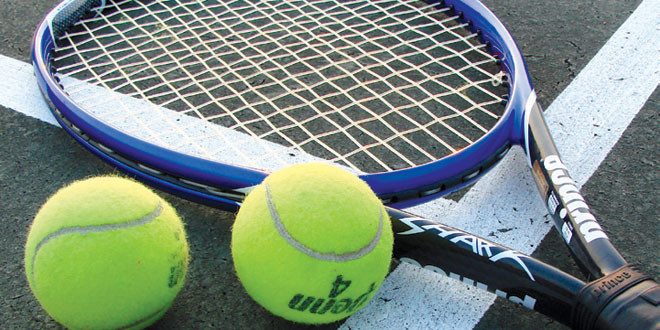 Without a doubt, talent is a necessity on the professional tennis tour. There are so many different examples of junior tennis stars that are unable to make a living at the next level. The primary reason: Lack of weapons or, in other words, a talent deficiency. However, as we delve into the real world, the typical tennis player took up the sport at a later age and has far more realistic goals. As we focus on this particular group of tennis players, it is vital to talk about all the components of winning CTA or USTA league matches.

If we ignore one’s talent level, we are missing the boat, but it is not the end all solution. Over the years, I have coached numerous gifted tennis players but not all achieve their lofty expectations. Why? Too often, talent gets in the way as far too many immature athletes rely on that one piece only. Not only must a player be physically fit but he must also be mentally strong. Therefore, the player with a huge forehand and serve will not dominate if he did not put in the necessary hours of hard work prior to competition. For example, during tournament play, tennis players must face a variety of different opponents with varying styles of play, and if the talented junior did not put in the time, he will wear down mentally and physically.

As strange as it may sound the less artistic athlete often produces the best results because he utilizes a variety of methods to get the job done. For example, he is open to new ideas from his coaches, is willing to put in long hours on the practice court and is keenly aware that he needs to be mentally focused to knock off the more skillful tennis players.

One of my favorite coaching challenges occurs when I work with kids who only play during their high school seasons. Often, this player has passion for a different sport such as hockey or basketball but wishes to excel during his high school tennis season. For me to achieve excellent results with this unique tennis player is to make sure we understand our realistic goals. So, it is ludicrous to push the player to be the star of the team because he has not devoted his life to the game of tennis. Moreover, in many circumstances, this “weekend” player will be unable to be an aggressive hard hitting forceful competitor.  To help this person cope with the stress of a big point, I tell the player to visualize success.  To be precise, I suggest that my player mentally recall winning moments from either hockey or basketball. If my part-time player is able to “walk tall” on the tennis court due to their confidence from other sports, he will be able to produce solid results.

It is no different when I coach a former CEO of a major company to transfer that confidence from big business to the tennis court. To me, confidence is confidence; do not make this rocket science and make it more difficult than it has to be. Winners achieve awesome results for a reason: passion, hard work, resiliency and an insatiable desire to conquer. It is only natural that a highly successful Fortune 500 executive would produce incredible results on the golf course or the tennis courts because the core of this person understands how to triumph.

As a coach we are drawn to the extraordinary athlete because we visualize their off-the-charts potential. But, too often talent is a curse; too many short-cuts and lost dreams because this person fails to put in the long hours. Nothing is more satisfying than working with people who want to be on the tennis court and will do almost anything to improve. It is so refreshing to coach motivated tennis players because their attitudes are infectious!