Is It Possible to Hit the Big Ball? 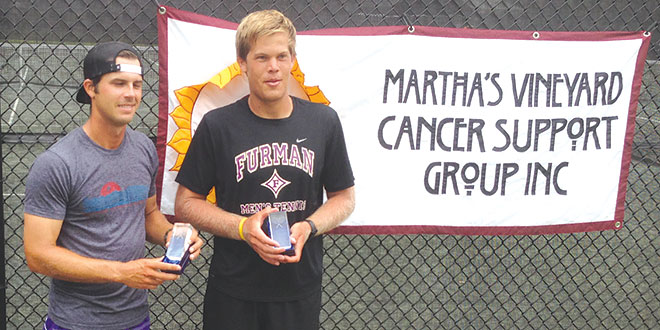 The desire to knock the cover off the ball appears to have hit all levels of tennis. With technology moving at such a fast rate, I really shouldn’t be surprised that so many tennis players desire to play quick points — whether they win it or not! Sometimes, I want to blame the sports shows because they condense a game down to one or two plays, and viewers are programmed to a quick fix.

Here’s one more shocking revelation: Men and women have different styles on the tennis court. Unfortunately, men, hitting just one big forehand drive supersedes just about everything else that occurs in the match.

In other words, when an amateur competes against his favorite tennis professional, he will try and try to hit one by four an outright winner. It doesn’t matter that his percentages are horrendous; he wants to tell his buddies at the pro shop that he ripped a winner past the tennis pro.

On the other side of the coin, most women are much more practical, and they play a more conservative and intelligent brand of tennis. Most female tennis players have come to the conclusion that to really zip a ball past her favorite pro is almost impossible, so why try an impossible shot? When we uncork the bottle and really delve into the problem, most people who wish to really cream the ball fail to move their feet, and the errors keep climbing. Unless one is in great position, it is virtually impossible to hit a ball hard to a very accurate spot.

Too often, young tennis enthusiasts don’t grasp how vital it is to do footwork drills to enhance their overall games. Even if a talented player wants to hit the simple inside-out crosscourt pattern, he must move quickly. Whether the foes ball falls short or arrives deep near the baseline, the opponent must have solid preparation skills to ignite the feet to get into proper position.

One more point concerning consistency and one using too much power instead of steady tennis: As I watched my junior academy last week, the fear of failure crept into their heads, and their first offering was power. Players must understand that pressure always nets slower feet; the nerves do not allow freedom of movement. So, when a player feels the “choke” coming on, slow down the pace and hit a few balls in the court. In short order, confidence will rise and occasionally power will drift into the match. Remember, as in life, consistency rules.

The only way one really achieves this goal is to do non-stop footwork drills:

1.) Place target cones near the baseline, and have the student move in and around each one before contact.

2.) Do a very basic “no backhands allowed” drill so the player is forced to move quickly to the ball.

3.) Bring your young player to the net, and don’t let the volley person let the ball hit the ground.

4.) Place the student near the net, and lob a ball over their heads. Instruct the player to take the ball in the air every time over and over again.

If, after a long 60-75 minutes, the student begins to grasp the importance of fast feet, they are allowed to go for broke. Most likely, the player will value the game more and pick the right time to fire.

In the mixed 7.5, Masci and Scottland destroyed their first opponents and quickly moved into the semi-finals. Roddy and Washak also dismantled their first round foes and advanced.

Well, sometimes we love 10-point Super Tie Break’s and sometimes we don’t. Both Marco Island teams lost in the third set by the slimmest of margins and were knocked out of their respective divisions.

Incidentally, President Obama has told insiders that he loves the Farm Neck golf course and is returning August 9-23.