Is Consolidation An Option for Collier County? 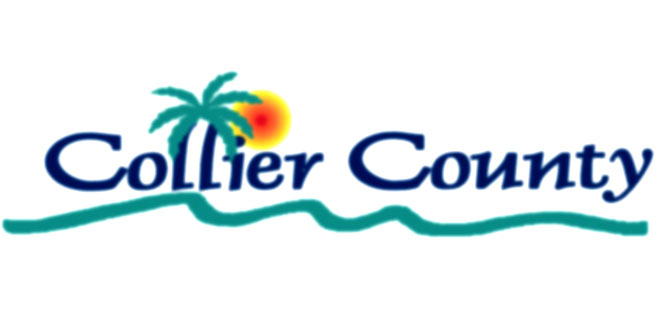 It appears consolidation may still be an option for the Isles of Capri Fire-Rescue District (ICFRD) — along with Collier County’s other three dependent fire districts — especially if Collier’s Board of County Commissioners (BCC) has a say in it.

During the December 9 BCC meeting, the topic of fire-rescue district consolidation came up twice. The first time was the consideration of an agenda item which would establish the EMS Fire Districts Merger Ad Hoc Committee enabling fire district commissioners, union leaders and county staff to discuss a mass fire and EMS merger over the course of the next one to two years.

The second time was during a report given by Len Price, the county’s Administrative Services Division Administrator. After the referendum to consolidate ICFRD with the East Naples Fire Control and Rescue District (now Greater Naples Fire Rescue District) failed at the polls in November, Price was tasked with the job of reporting on all of the possible options available for fire service delivery in Collier County, including the potential of consolidating the county’s four remaining dependent fire districts — ICFRD, the Ochopee Fire Control District, Goodland and the District One service area.

According to Price, Collier County EMS and the various fire departments in the area operate separately. Collier County EMS is the only emergency medical service licensed for transport in the county, and it serves the entire county. Additionally, the county also operates the ICFRD and Ochopee, which are dependent fire districts created by ordinances.

Further, an ordinance is in place to cover those areas of the county that are not otherwise part of any other fire district, and that area is referred to as Collier County Fire District One. Fire services in that area are provided by contract with other fire districts, both county-operated and independent districts. Finally, there is also a small area in Goodland covered by a separate ordinance, and services there are provided by contract from the Marco Island Fire-Rescue District.

There are also three independent fire districts — Greater Naples, North Collier Fire Rescue and Immokalee Fire Control — and two municipal fire districts operated by the cities of Naples and Marco Island. The Greater Naples district was born from the merger of the former East Naples and Golden Gate districts, while the North Collier district is composed of the former North Naples Fire District and Big Corkscrew Island Fire District.

After more than two hours of discussion and public comment on both topics, the result was that commissioners needed more information before making concrete decisions on either issue. Commissioner Penny Taylor suggested the BCC “wait and see how the current consolidations are panning out,” and Commissioner Georgia Hiller agreed. “We need to let the dust settle after the election,” she said.

Commissioners voted 4-1 to bring the question of the EMS Fire Districts Merger Ad Hoc Committee back in May for re-evaluation. With regard to fire delivery services in the four dependent districts, the Board directed staff to solicit proposals from the County’s independent fire districts — Greater Naples, North Collier and Immokalee — for providing fire service to the areas encompassed by its dependent fire districts. The dependent districts were invited to submit proposals for merging and managing all four of the districts in question as well.

“We are in the process of developing a scope of work and specifications to request the proposals,” explained Price in an interview after the BCC meeting. “(County staff) plans to vet this with both fire advisory committees in January or February.”

By another 4-1 vote, the BCC also approved a measure to work with the Greater Naples district to create a management agreement for fire delivery services to the 288 homes in Fiddler’s Creek who voted to leave the ICFRD and merge with the larger district.

Part of the reason for the caution exercised by the BCC on the consolidation issue appear to be the reaction of those managing the dependent fire districts, as well as from other members of the fire services community throughout Collier County. Representatives from Immokalee, Ochopee, Everglades City and ICFRD were on hand to ask the BCC to leave their districts alone.

Everglades City Mayor Sammy Hamilton beseeched the BCC to leave his city’s fire services alone. “We want to stay exactly the way we are,” he said.

ICFRD firefighter Lieutenant Jorge Lara added that Capri residents voted for no consolidation, and that is exactly how they want to remain.

Still, BCC Chairman Tom Henning and Commissioner Tim Nance expressed their frustration with the discussion and the cautious attitudes towards consolidation. The two men heavily favor consolidation in order to close the wide gap in ad valorem tax rates throughout the county. For example, property owners in the Greater Naples district are assessed 1.5 mils for their fire service. Capri residents pay 2 mils, and those in the Ochopee district face a 4-mil rate.

“We are nibbling around this like it is a breakfast sausage, and people are afraid to take a big bite,” stated Nance. “We have to do something more sweeping…It will provide more stability for everyone concerned.”