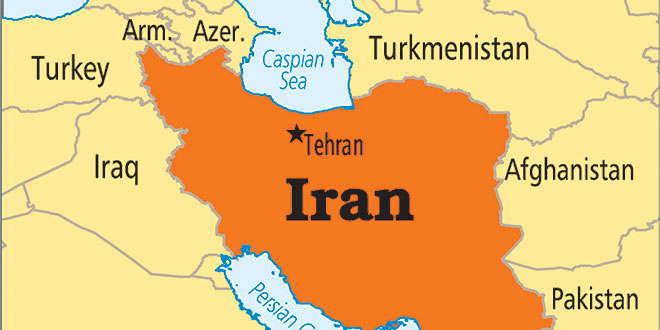 The dots we have been talking about for so long are beginning to connect.

According to the US State Department, Iran has emerged as the worst state sponsor of terrorism in the world. This evil state run by Mullahs from another century supplies money, weapons and personnel to Hezbollah, Hamas and Palestinian Islamic Jihad. Their stated goal is the destruction of the state of Israel — our one and only true ally in the Middle East, if not the entire world.

To achieve this goal, they have been busy at work trying to develop nuclear weapons under the guise of “developing new energy sources.” Here is a country rich in oil, yet they are telling the world that all this nuclear research is in the name of “peaceful energy.” One has to be totally naïve or living on Mars to believe this excuse. The Mullahs of Iran who are making these outrageous claims were behind the attacks on Jews in Argentina and Bulgaria, as well as attacks on America in Saudi Arabia and Lebanon, suppliers of weapons and IED’s to terrorists in Iraq who killed and maimed our brave servicemen and women.

One does not need to look too far back to see their evil doings. Just last week, Argentinian prosecutor Alberto Nisman, after accusing the country’s president and foreign minister of conspiring with Iran to cover up the country’s deadliest terror attack, was found lying in a pool of blood in his bathroom — the day before he was due to formally present his evidence to the Argentinian Congress. He was alleging that President Cristina Fernandez de Kirchner and her foreign minister Hector Timerman had plotted to cover up Iran’s involvement in the 1994 bombing of a Jewish community center that killed 85 people.

President Kirchner had sold her soul to the Iranians (and many others) for easy access to oil. Prosecutor Nisman (who happens to be a Jew) found this out, investigated it, and was eventually killed before taking his evidence to congress.

Terrorists have long arms, short memories and no souls!

Elsewhere, Iran has been openly supporting the murderer Bashar Assad’s government in Syria with money, arms and personnel. Assad gases, bombs and shamelessly murders his own people with impunity and does all this with the full support of Iran. 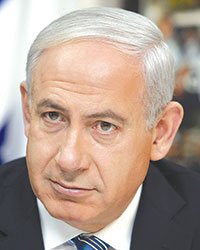 as to Iran’s meddling in the Middle East was once again made clear with the killing of a prominent Iranian Revolutionary Guard General in an air strike on the Syrian Golan Heights last week. The attack on Hezbollah and other Iranian operatives in the area was attributed by the foreign press to the Israel Air Force. The General’s presence in the area was further proof that Iran is behind the Hezbollah attacks on innocent Israelis and their families. Gen. Muhammad Ali Allah-Dadi, a high-ranking member of the so-called elite Iranian Al-Quds force was killed in the air strike. The news was confirmed by the Iranian Islamic Revolutionary Guard when they announced “the martyrdom of great commander, Brig.-Gen. Muhammad Ali Allah-Dadi in the brutal Israeli attack in Syria’s Quneitra region.”

Furthermore, Shiites supported by Iran took over the government in Yemen, a country where we have been somewhat successful in fighting Al-Qaeda. Iran now effectively controls the southern Arabian Peninsula and has surrounded the Kingdom of Saudi Arabia, another part-time friend of America which will definitely be targeted by the Iranian backed Shiites sooner than later.

There should be no doubt in anyone’s mind that Iran is behind most all evil doings in the area, and it would be the worst day of all our lives when they finally develop their own nuclear weapons. They should not be given an opportunity to do so, and we have to do everything we possibly can to stop them.

It is therefore very sad that our government has been naively negotiating with the terrorist Iranian Mullahs while announcing our official position of “we do not negotiate with terrorists.” After declaring the Taliban in Afghanistan an “armed insurgency” and after negotiating and trading five top-tier terrorists with them in exchange for a possible traitor Army deserter Sergeant Bergdahl, one should not be too surprised that the administration is now negotiating with state sponsors of terrorism, the Mullahs of Iran. The only way to stop this insanity would be for the United States Congress to immediately announce further and much stricter sanctions against this evil government unless an agreement can be reached NOW!

The administration does not want this to happen. The Speaker of the House invited Prime Minister Benjamin Netanyahu of Israel to speak before Congress in March and

explain why ANY deal with Iran is a BAD deal. After the President allowed Prime Minister David Cameron of England to lobby our congress NOT to put any further sanctions on Iran and keep the negotiations open to give the Iranians more time (for what, I am not sure), the Speaker thought correctly that it would be best to have the Prime Minister explain the real situation to our elected officials. The President, true to form refuses to meet with the leader of our only ally in the area to have an adult conversation. This after all is a matter of life or death for our Israeli friends and not just another political campaign or an endless fund raiser.

One must start to get extremely worried about the rather naïve and sophomoric world view of those in charge of our government today. After declaring the Taliban an “armed insurgency” rather than a terrorist organization, one must wonder if this is the precursor to further negotiations with them after we leave Afghanistan. I happen to think so.

It has become extremely difficult to watch the White House spokesman Josh Earnest, US State Department spokesperson Jen Psaki and the Assistant Secretary of Defense for Public Affairs Rear Admiral John Kirby twist and turn in the wind, make up new definitions, and come up with naïve theories and stubbornly refuse to call terrorists with their true identity “Islamist terrorists.” In the case of the Admiral, it hurts me personally to watch him.

Sitting here in my office and looking back to where we were only a few years ago and where we are now, I am truly saddened. One bad decision after another, we are marching lock-step into disaster.

And the question pops into my mind: “Who is the real JV now?”

Thankfully, I had the privilege of watching “An American Sniper” yesterday afternoon which helped me hang on to my sanity. Sniffling shamefully in the darkness of the theater while watching the story of a true American hero Chris Kyle who embodied everything good and beautiful about our country, I was feeling totally inadequate and useless.

On the way home, we heard the news of the second Japanese journalist’s beheading by the Islamic State terrorists.

Chris Kyle was right all along; they are savages, and we must treat them as such and nothing else.