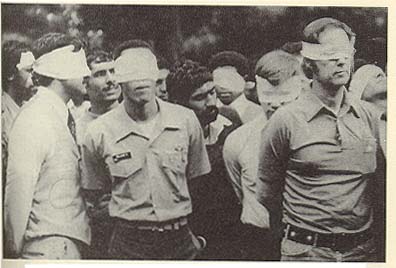 Many Americans today may recall the events that took place in Iran between the years 1960 to 1979, and the accompanying terrible images in newspapers and on TV of 53 Americans being held hostage by so-called student demonstrators in the American Embassy for 444 days. Some, including the author of this article, strongly believe that Mahmoud Ahmedinejad, the sixth and current President of Iran was one of the student leaders of the hostage-takers.

I traveled to Iran on many occasions from 1975 to 1979 and befriended a number of businessmen and their families. Some of them have visited me in the USA and I have visited their businesses and homes in Tehran and elsewhere on my various business trips.

Iranians in general are members of a well-educated, sophisticated, and historically rich society. The first Iranian dynasty was formed during the Elamite kingdom in 2800 BCE. The Iranian Medes unified Iran into an empire in 625 BCE. They were succeeded by the Iranian Achaemenid Empire and the Hellenic Seleucid Empire and two subsequent Iranian empires, the Parthians and the Sassanids before the Muslim conquest in 651 CE.  The name Iran was used natively since antiquity and came into International use in 1935, before which the country was known as Persia. In that year, Reza Shah asked the international community to call the country by the name Iran. A few years later, some Persian scholars protested to the government that changing the name had separated the country from its past, so in 1949 Mohammed Reza Shah announced that both terms could officially be used interchangeably. Now both terms are common, but Iran is used mostly in the modern political context and Persia in a cultural and historical context. Since the Iranian Revolution of 1979, the official name of the country has been the Islamic Republic of Iran.

Persian literature, philosophy, medicine, astronomy, mathematics, and art were the major elements of Muslim civilization.  Around the year 1501, Safavid dynasty promoted Shi’a Islam as the official religion of the Persian Empire. This was one of the most important turning points in the history of Islam. Iran, the eighteenth largest country in the world is very important geographically, militarily, and politically to the rest of the world. So it was very important to us as Americans and to the rest of the world when in 1977, Iran experienced a revolution. By 1979, Shah Mohammed Pahlavi had been overthrown by the Ayatollah Ruhollah Khomeini, who had just returned from exile in Paris. Relations with the United States were strained and deteriorating steadily. The revolutionaries were disgusted by the tyranny of Pahlavi, and blamed President Carter for supporting him.

In October 1979, the exiled Shah Pahlavi, who was dying of cancer in Mexico, requested entry into the United States for refuge.  President Jimmy Carter allowed him to enter as a humanitarian gesture, enraging the many fundamentalist supporters of Ayatollah Khomeini and resulting in the seizure of the U.S. Embassy in Tehran.  On November 4, 1979 the Embassy was invaded and 53 hostages were taken and held for 444 days. On November 14th, President Carter announced an embargo on Iranian oil and seized billions of dollars of Iranian assets held in US banks. Fuel prices in the US skyrocketed and long lines in gas stations all over the country became a daily event as gas was rationed.

On April 14, 1980 ‘Operation Eagle Claw’ was initiated by a reluctant President Carter in order to rescue the hostages. This operation, which was doomed from the start, ended in disaster as US helicopters crashed into each other in the desert killing five Air Force personnel and three Marines. In November of the same year, Carter lost the Presidency to Ronald Reagan, who secured the release of the hostages on January 20, 1981 as he was being sworn into office.

Today, Iran is ruled by Mahmoud Ahmedinejad, the leader of the political party called “Alliance of Builders of Islam in Iran”. He is fervently anti-American, anti-West, anti-Israel, and is bent on achieving his life long ambition of getting nuclear weapons. He is both simple yet complex, with a limited education and world view.

In the next part of this article, I will write more about Ahmedinejad, what he means to the world, what he can or cannot achieve, and what all this means to us as Americans. Many of my good friends and business associates in Iran were executed by this man and his predecessors and it would be in everyone’s interest to try to understand what motivates Mahmoud Ahmedinejad, this 56 year-old leader of a country with massive oil reserves and no oil refineries, large military forces and a world knowledge limited by deeply-rooted religious beliefs.

Currently chairman of Marco Island’s Code Enforcement Board, Tarik Ayasun has given many years of community service to various organizations.