In Memory of Michael Fagan 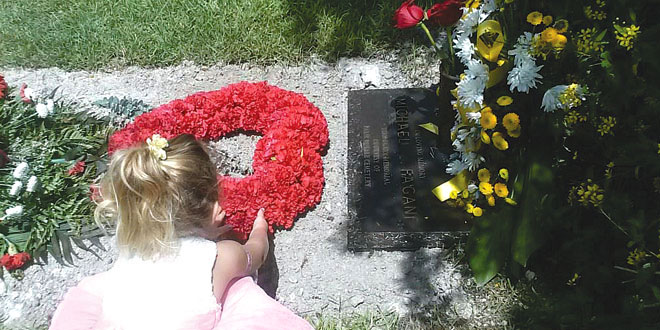 Every weekend, Michael Fagan and his wife Nancy would attend memorial services and funerals for retired and fallen police officers and firefighters. They would travel from their Marco Island home up the west coast of Florida, often past Fort Myers, so Michael could pay tribute to his fellow brothers and sisters. Michael was a New York City police officer and a volunteer firefighter for many years. After a ten-month battle with pancreatic cancer, Michael answered his last call on August 6.

Hundreds came to both masses held for Officer Fagan at St. John’s Evangelist Church in Naples on August 11, to pay respects to the man who made it a point to honor and serve so many. “He served people his entire life,” says Nancy, stating he began as an altar boy. Later on, “he would dress as Santa and I would be Mrs. Claus and we would visit the sick children in the hospital. He would be the Easter Bunny for them on Easter, too.”

“He always gave everyone a job somehow,” adds his 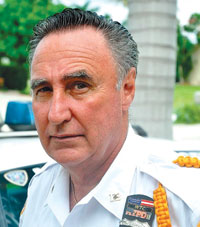 sister Kathleen. “Whether it was cleaning out his basement, chopping wood or working at his Hallmark store, if someone needed a job, he would give them one.”

In 1968, he began his training in the 13th Precinct, and at 21, he moved to the 32nd Precinct in Harlem where he spent the majority of his days as a patrolman. After an injury, he was moved to Central Booking until his retirement from the force.

While serving as a police officer, Michael was also the Chief for 11 out of 15 years of the East Moriches Community Ambulance, a volunteer organization. Many members of the Fagan family ended up joining as well. Kathleen being one of them: “He joined the ambulance because his son Michael needed help and they came and saved him.”

After moving to Marco Island in 1999, Michael, as an experienced officer, came out of retirement to help serve the new and struggling Marco police force for a number of years.

On the day of his funeral service, the East Moriches Community Ambulance station and all three precincts 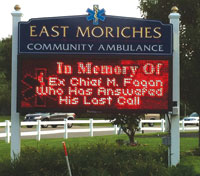 in New York City where Michael worked lowered their flags to half staff in his honor.

The Fagan family was extremely touched by this and so many other special moments on the day of their patriarch’s memorial. “Collier County Sheriff Rambosk personally called both my mother and me to ask if there was anything he could do,” explains daughter Kerry. “We asked for a single police car escort and were shocked when there was not one, but two and every street and intersection was blocked all the way to the cemetery. Every officer patrolling traffic saluted as we went by.”

Michael was also the President of the Collier County Florida 10-13 Club. “The 10-13 call was used as a code for officer down. There are many 10-13 clubs throughout the states that are for retired New York police officers,” explains Nancy. Since she and Michael went to so many of the memorial services of these officers, they paid back the favor in force. The funeral procession was so long that the family slightly laughs recalling how people must 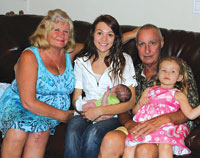 Michael and Nancy with their three grandchildren,from oldest to youngest, Amanda, Kayleen and Michael.

have had to wait forever as all the cars went by.

Sheriff Rambosk not only paid special attention to Michael’s funeral, but he also came to the service. The Sheriff of Lee County was also present. On a day where Marco Island resident and World War II Veteran, Bedford Biles was being laid to rest, the Fagan family was once again touched that so many came to pay respects to Michael. Wearing his police officer’s uniform, it is certain that Michael would have made it to Mr. Biles’ memorial if he had the chance.

“He was my best friend, my partner and my lover. We did everything together,” states Nancy, eyes welling as she states their 45th wedding anniversary would have been on August 24. “We had a strong, strong bond between us.” As he did with all his family, friends and close colleagues. Officer Michael Fagan will surely be missed.