If We Build it, Will They Come? 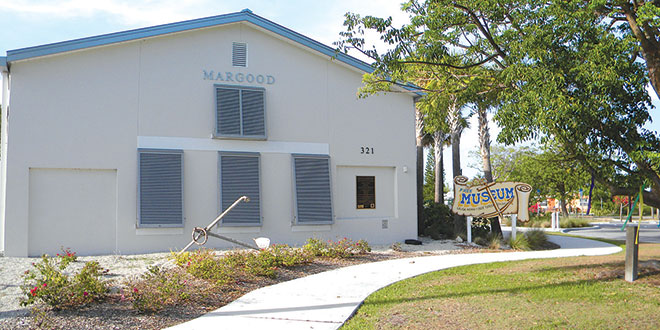 Goodland enjoys 2 county parks inside her very modest amount of land, pictured above is Margood Park. PHOTOS BY MELINDA GRAY

Summer is quickly approaching, and with it come the horror stories warning first-timers like me of mutant bugs, face-melting heat and the unbearable boredom to come. Of course, I don’t believe everything I hear, but I do feel a kind of “something wicked this way comes,” and I have started to brace myself accordingly.

In my search for ways to keep the family cool this summer, I’ve noticed a glaring irony I’m unable to ignore: Goodland is surrounded by water, yet there aren’t any conveniently close, public places to swim.

As a child, I thought of Florida as a magical, far-away land, convinced that fun in the sun and swimming were just another part of those lucky Floridians’ daily lives. Moving here has me confronting a harsh reality — what it feels like to be in the middle of an ocean, needing nothing more than cool refreshing water, and finding none.

Our surrounding canals and channels are filled with some exotic, intimidating predators. The closest beach is a very long bike ride away, and the Marco Island YMCA is really the only other option.

Inevitably, I’ve started to wonder at the possibility of a community pool for Goodland. In asking around, testing the waters and researching how to best approach such a thing, I have found the general consensus suggests that a pool would be a welcome addition, if done right.

However, it will be no easy task. What is the best location for a pool? Who would shoulder the liability? Is the demand high enough to warrant such an investment, and how would it be funded?

Goodland Civic Association (GCA) President Greg Bello admits to having toyed with the idea of a community pool here in Goodland. “That thought has crossed a lot of our minds. I think it’s a great idea, but it’s one of those things where you wonder how many people would use it,” said Bello. “People talk about it, but you can’t just build it and then have everyone run the other way. It’s not going to be paid for by anyone but them. Who would commit financially, even a small amount?”

“The easiest way for us is if it’s done by the county. It would have to close at sunset because of noise, but the park already has liability insurance. It’s a county park. It’s already open until sunset. It’s already open to everyone in the county. Looking at it from that angle there aren’t any downsides. If they are funding it and we just use it, I think it would get the support,” said Bello.

Since this seed of an idea is still in the “what if” stage, let’s entertain a moment of hypothetical speculation when considering a prime location.

The overgrown volleyball court begs for renovation and beautification.

Margood Park heads up the very short list of potential sites. Its volleyball court sits deserted without a net, and the grass growing up through the sand is quickly reclaiming the area.

“I don’t think the county would be against it; it’s just a matter of getting it approved,” said GCA member Connie Fulmer. “It would be nice to have a community pool. You just don’t find those anymore. I would go!”

Donna Fiala, County Commissioner for District 1, said she’s been advocating the need for a community pool for years, but the funding needed is a big hurdle to overcome.

“I think I’m a little closer now than I was. We have to raise a lot of money through the Community Foundation because there is no money in the county coffers for a pool right now. The Community Foundation is trying to find funding sources to step up to the plate, but it’s proving to be very difficult,” said Fiala. “I won’t give up because it would help all of these children so much, but it isn’t easy.”

Among the mountain of unanswered questions, it’s clear that the first necessary step will be presenting the idea at a Collier County Parks and Recreation Advisory Board meeting. They advise the Board of County Commissioners on all park and recreational ideas in Collier County. The county commissioners would need to give their stamp of approval, providing they find merit in initiating a plan.

“That’s always a good way to test the waters and see what reaction you get; see if you can garner some interest,” said Barry Williams, director of Collier County Parks and Recreation.

“Do we have enough people to use it on a regular basis,” asked Williams, “taking into account that the operation of a pool is very expensive?”

Ultimately, aside from seeking county approval, finding funds and acquiring permits, putting a community pool in Goodland would need the support of the people here. If the people do support this issue, it promises to extend far beyond this column; it will require commitment and tenacity.

I admit to having a bit of an idealized view of my new home, but I’ve been listening and trying to learn everything I can about Goodland’s history. That includes getting a feel for how people here see its future. Preserving the character and integrity of Goodland is fundamental to any change, keeping in place everything that makes this village a place that time forgot.

The next Parks and Recreation meeting will be held at North Collier Regional Park on Wednesday, May 21, at 2 PM.