Identity Theft: You Could Be Next 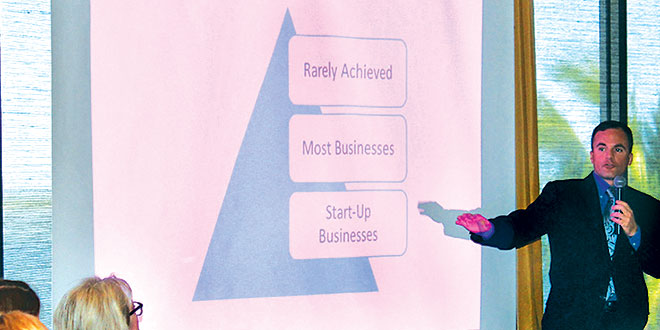 On February 5th, the Marco Island Area Association of Realtors (MIAAOR) held their general membership meeting at the Hideaway Beach Club. The guest speakers that day were Detective Sergeant Brian Sawyer of the Collier County Sheriff’s Office and Carrie Kerskie, director of the Identity Fraud Institute at Hodges University. Both Sawyer and Kerskie shared their expertise on how to avoid falling victim to not only identity theft, but business identity theft as well, an issue that is often overlooked.

Surprisingly, or perhaps unsurprisingly depending on how you look at it, Naples comes in fifth nationwide for identity theft complaints. While Marco and Naples may make the grade on a lot of “Best of” lists, this ranking is not one to boast.

Detective Sergeant Brian Sawyer presented first. His experience in the law enforcement field has given him a better understanding of the criminals who commit these fraudulent crimes.

“He has supervised thousands of investigations involving 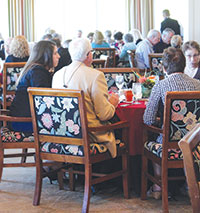 Attendees at the recent MIAAOR general membership meeting learned valuable tips from the experts on protecting themselves from identity fraud.

Detective Sergeant Brian Sawyer began his presentation with a little history. He showed the audience how criminals used to operate, a simpler time perhaps, a time before the ease and the access that the internet provides. That was sort of the focus or overall theme of his presentation, how evolving technologies help create evolved methods for criminals. He went on to explain that the penalties for identity theft are far less severe than say, drug trafficking. The chance of getting caught is also much lower, making identity theft a go-to option for those capable criminals.

“The ingenuity of criminals out there is absolutely baffling,” said an almost exasperated Sawyer.

Sawyer then went on to talk about online scams and different acts of business identity theft that are prevalent in Southwest Florida. Criminals, he says, will post 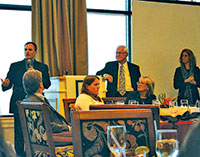 ads of legitimate properties that may, or may not be, for sale or for rent. People online, across the country, looking to vacation here will see these ads and pay to rent them out. However, when they get to Collier County and they show up to the house, the homeowner still lives there, the house having never actually been for rent.

“We’ve had at least seven people in the last two weeks at a residence thinking that they had rented the place for a week, two weeks, three weeks, when in fact it’s either for sale or the homeowner still lives there,” said Sawyer.

Carrie Kerskie, president of the Kerskie Group, Inc. and author of “Your Public Identity; Because Nothing is Private Anymore” spoke next. While Sawyer focused more on how criminals operate, Kerskie provided the audience with steps to take in order to combat identity fraud. For instance, she says that it’s important, especially for 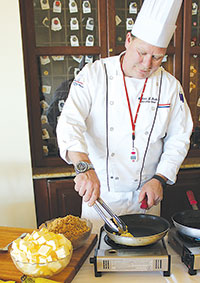 realtors, to post a disclaimer on their website, notifying potential buyers or renters that they do not post business listings to Craigslist. She also says watermarking images can help protect a business’ identity.

“Florida has been number one for eight years for identity theft and fraud complaints nationwide,” said Kerskie.

Another easy tip for realtors, and business people in general, is to keep a lock on your phone, whether it be the fingerprint protection offered by some smart phone models or a four-digit security code. Kerskie says that if your phone is lost or stolen and a criminal were to get their hands on it, they would have access to sensitive client information, credit card information, and your email.

While both Kerskie and Sawyer agree that there’s no foolproof way to protect yourself from identity or business identity fraud, there are things you can do to stay informed and on top of your personal information. For more information visit: www.carriekerskie.com.