Have Fun Doing the Right Thing 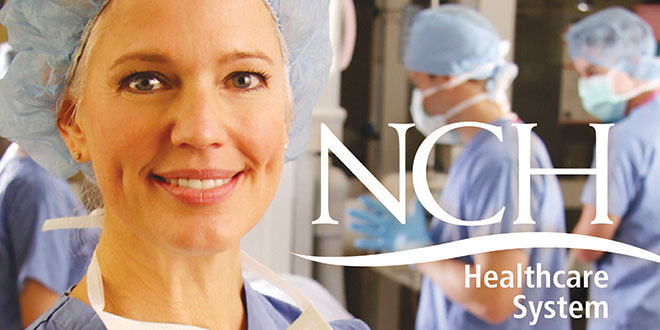 Last week, we celebrated National Hospital Week and the vital role that NCH has played for five decades in improving our community’s health. We are so proud to recognize the 4,000 men and women of NCH who serve Southwest Florida in so many ways. It is not an understatement to say that southwest Florida would not be what it is without NCH’s influence and achievements.

American Hospital Association President and CEO Rich Umbdenstock put it this way: “National Hospital Week is our opportunity to thank all those who work in hospitals serving patients and communities — physicians, nurses, therapists, engineers, food service workers, volunteers, administrators and so many more. A community’s health depends on its hospital, and the extraordinary efforts of these individuals ensure that communities have access to care 24 hours a day, seven days a week, and are prepared for both everyday emergencies and the unexpected.” That is certainly the case in our community with NCH.

Our celebrations included enjoyable events ranging from two Saturday nights in a row of Fun Splash at Livingston Water Park, where babies to grandparents and everyone in between enjoyed a cruise theme, including a delicious picnic dinner, led by our Human Resources folks. We also had a Carnival theme week, brought to us by our Carnival “King and Queen” Zach Tyler and Michelle Zech. It was a festive week with popcorn, snow-cones, carnival fun, prizes, giveaways and 50 daily raffles each week day for $25 gift cards — in all, a total of 450 gift cards were distributed to lucky winners!

On the more businesslike side, I was most impressed in attending our Infection Control Committee meeting led by Georgine Kruedelbach, MSN, RN, CIC. The infection prevention team reviewed our immunization program for colleagues, which overall is an improved 88 percent. The team reported a marked increase in the insertion of PICC (peripherally inserted central catheter) at the bedside, rather than moving the patient to the radiology department. The latter, which isn’t as convenient for the patient, now occurs less than 3 percent of the time. We are also making more effective use of our information technology partner Cerner’s screening tool for tuberculosis, and marked improvement in avoiding hospital-acquired infections — from urinary catheters, respirators, or implants such as pacemakers or central lines (intravenous lines inserted into large veins). These parameters, along with our success in avoiding post-operative infections, were among the reasons we recently received an “A” grade by Leapfrog and ranked among the top 10 percent in the nation by the Society of Thoracic Surgery.

Last week, we also learned that the American Heart Association recognized NCH with a Platinum Award — the highest category — as aFit-Friendly Worksite that created a culture of wellness in the workplace. We were rewarded for progressive leadership and highlighting concern for our staff. Our healthcare plan also rewards colleagues for exercising, eating well, not using tobacco and caring for oneself with appropriate medical care.

“Having fun doing the right thing” is a saying I remember from my youth. Enjoying hospital week, preventing infections and being recognized by leading institutions such as the American Heart Association are examples of having fun and doing the right thing. We have an enjoyable and highly competent team. I am pleased and proud to be associated with such a fine institution and such extraordinary people.

In September 2006, Dr. Allen Weiss was appointed president and CEO of the NCH Healthcare System, a 715-bed, two-hospital integrated health care system. NCH is one of only twenty hospitals in the country affiliated with Mayo Clinic, and has been named three times by “U. S. News and World Report” as best in the region and among the 50 best cardiovascular programs according to Truven. He is a graduate of Columbia University’s College of Physicians and Surgeons, and completed his training at both the New York Presbyterian Hospital and Hospital for Special Surgery of Cornell University. He also had a solo practice in Rheumatology, Internal Medicine and Geriatrics for 23 years, and is board certified in all three specialties. He is recognized both as a Fellow of the American College of Physicians and a Fellow of the American College of Rheumatology. His wife, Dr. Marla Weiss, is a writer and educator, and they have two daughters who are physicians.