Havana to Tehran: When Does it End? 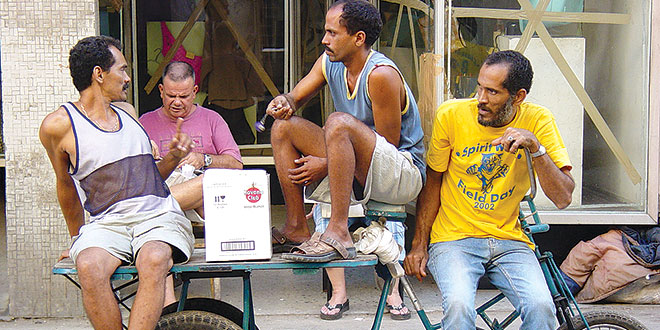 Having traveled around the world for many years and negotiated many deals with various customers, distributors and some governmental organizations, I may claim to know something about what negotiations are all about. Negotiations are never “all or nothing.” There does not have to be one winner and one loser. While the goal of any negotiation is most certainly getting what you want, the fact is that the best deals are always a result of “give and take.” There is a definite technique involved in negotiations, and this is not a God-given talent or a result of good DNA. It is something you learn as you grow into your position in life; it is based on your life experiences. Someone who never had the opportunity to negotiate a deal, someone who never ran a business or an executive position, someone who never had to negotiate an employment contract with employees, naturally will not be a good negotiator.

That is probably why I was not as shocked as many of my friends — both Cubans and Americans — when the President announced the normalization of relations with Havana. I read the text of the announcement to see if I missed something in the President’s announcement. I was left wondering as to who may have negotiated this deal? What was America getting for bailing out the bankrupt and brutal Communist regime of Castro brothers? Did the Cuban regime agree to free up the internet as a result of the normalization? Did they release all political prisoners? Do they intend to send back those criminals who escaped American justice and have been living in relative obscurity in Havana? (Joanne Chesimard comes to mind. Chesimard, a member of the revolutionary Black Liberation Army who had been implicated in bank robberies and other violent crimes which included the assassination of a NJ State trooper, was tried and convicted of murder in 1977 in New Brunswick. She escaped from prison in 1979 and has been living in Cuba ever since under the full protection and support of the Communist government in Cuba. She is the first woman on the FBI’s most-wanted terrorist list.) Will the Castro regime be holding free 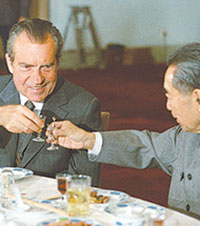 elections? Did they allow Trade Unions to be established? What did they give in exchange for the bail-out?

You guessed it right if you said NOTHING AT ALL. We were at a point in history when oil prices are so low that both Venezuela and Russia (main financial supporters of the Castro brothers and their Communist regime) were about to be cutting all aid to Cuba. It would have a been a great moment to negotiate a deal whereby the Cuban dictators would be forced to abandon their human rights abuses, give the Cubans a break from oppression they lived under for the past 50 years, call for open and honest elections. Instead, the Communists got everything they wanted, and we received nothing in return! This one-sided deal just rewarded the Communist government in Cuba for all the brutality, oppressiveness and murders over the past 56 years. This is truly a BAD deal.

Some argued that once we have normalized relations with the Cuban government things would immediately improve. This is a totally false argument. The rest of the world has been doing business with Cuba for the past 56 years — not participating in the American embargo — starting with our neighbors to the North, Canada. Canadian and European tourists have been filling the Havana hotels and Cuban beaches for a long time. Did they change the murderous regime from practicing their human rights violations and other thievery? Did their normal relations with Cuba make any changes in the day-to-day lives of the average Cubans? A resounding NO is the answer to both questions.

Just when I was thinking, “what could be worse than this?”, we received the news of the release of eight more terrorists from the prison in Guantanamo during the last weeks of 2014. These were mostly medium to high risk detainees and may start causing trouble as soon as they arrive in Afghanistan and Kazakhstan where they were released to. One can only hope that the events are not related, but I can’t be too sure. Obsession with closing Guantanamo will come back to hurt us; you can bet on that. 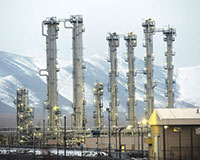 A heavy water reactor in the city of Arak, Iran. SUBMITTED PHOTOS

the normalized relations between the two countries. Has anything “fundamentally” changed in China? They are still a brutal regime where freedom of speech is a distant dream; where internet is controlled; where a strong central government makes all the decisions that affect 1 billion or more people.

While discussing the bad deal with Cuba, let us not forget the so called “reset” with the Russians. We thought Putin was someone other than what he really is — a ruthless ex-KGB agent whose only goal in life is to bring back the glory days of the Soviet Union by any and all means available to him. As soon as he saw the weakness in Washington, he annexed Crimea and attacked Ukraine and shot down a civilian aircraft killing hundreds. While we were having a hangover from the Putin party, we are now handed a new bad decision in Cuba which will affect us for many years to come.

But, I am afraid there is even a worse deal in the making. Information I have very strongly indicates that high level negotiations between Washington and Tehran are under way to open an American Embassy in Iran sometime later this year. This would do nothing to stop Iran from continuing to produce a nuclear weapon. In the meantime, the nuclear negotiations with the Mullahs, who are master negotiators, are going nowhere. The Mullahs must surely know they are dealing with a bunch of party hacks and ideological amateurs in Washington and laughing all the way to the nuclear bomb. Having an Embassy in Iran will only legitimize an illegitimate regime and further deteriorate our relations with our one and only ally Israel in the Middle East.

I caution the readers to stop and think about Havana, Moscow and Tehran and connect the dots.

I hope we can all believe that.

Tarik Ayasun is president of the Marco Island Charter Middle School Board of Directors and has given many years of service of community service to various organizations. Tarik Ayasun at turk1949@comcast.net