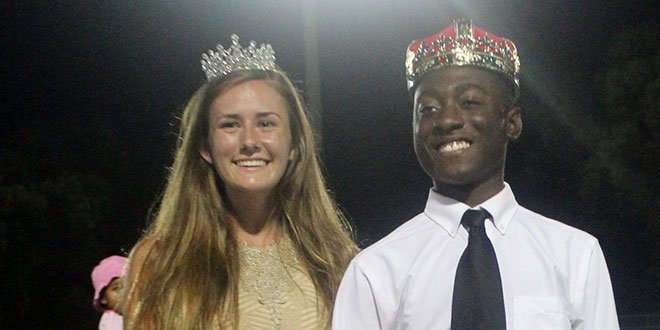 Kelsey Halaschak and Teaker Harris were crowned Lely Homecoming King and Queen on Friday (Sept. 16) during halftime of the football game.

The competition was close as Kelsey Halaschak and Teaker Harris were named Lely Homecoming King and Queen at half time of the football game on Friday, September 16, 2016.

Halaschak, of Marco Island, said she knew that a lot of students were voting for her, but wasn’t sure if she would have enough.

Harris, of East Naples, said, “Wow, I am in awe. There 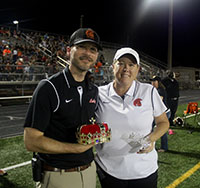 were so many good candidates. I am so happy.”

The crowning was part of a very active Homecoming week with events every day.