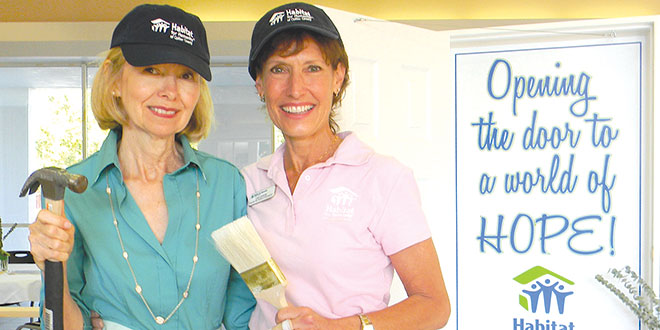 It read, “With gratitude and appreciation for your tremendous expression 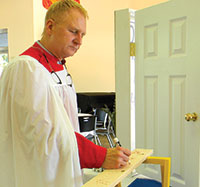 of faith in action,” ending with a quote from Psalms 68:10, “From your bounty O God, you provide for the poor.”

The congregation took an offering during the service to build St. Mark’s ninth Habitat house. Later, during coffee time, the congregation’s members signed lumber that will be used in building another house.