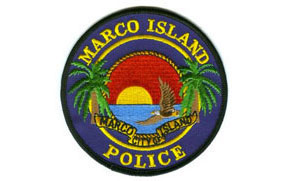 Officer D’Alessandro was found guilty in Collier County Traffic Court of careless operation of a motor vehicle. It was determined after an internal investigation by the Marco Island Police Department that d’Alessandro had also violated numerous police department policies and police practices. Evidence established that his careless actions contributed to a vehicle crash with serious injuries to another driver.

It was determined by the City of Marco Island that Mr. D’Alessandro has training and skills that can be of benefit to the Marco Island Police Department. He will be given an opportunity to serve as a non-paid Reserve Police Officer with some specified limitations on his activities as a Reserve Officer.

The final action in this case reinforces the need for all members to be attentive to and compliant with policy and law in the performance of duties and in service to Marco Island, Florida.