Good Wine for a Good Cause 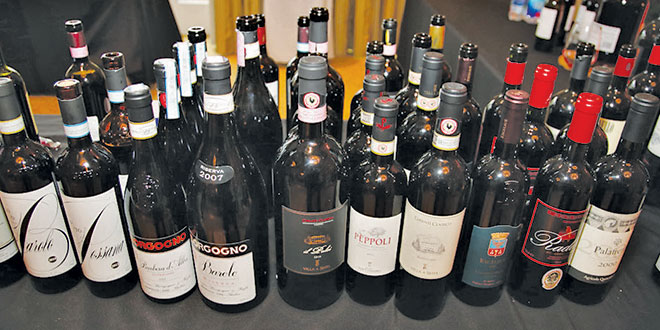 Most of us in Southwest Florida have heard about the exclusive Naples Winter Wine Festival, but many do not realize that this extravagant event is a major fundraiser for Collier County’s underprivileged and at-risk children.

This year’s Naples Winter Wine Festival takes place January 29-31, 2016 at the Ritz-Carlton Golf Resort in Naples. The three-day gala brings out the area’s wine enthusiasts and philanthropists to raise millions of dollars for the Festival’s founding organization, the Naples Children & Education Foundation (NCEF). Since 2001, the Festival has raised more than $135 million dollars to support NCEF, helping more than 200,000 children. NCEF supports charitable programs that improve the physical, emotional and educational lives of our community’s most vulnerable children.

The trustees’ vision of the NCEF is what made the dream of the Wine Festival become a reality. The idea was to create an exquisite event, with proceeds benefiting local charities that assist underprivileged and at-risk children. These two goals drive the trustees to ensure the festival is a huge success. 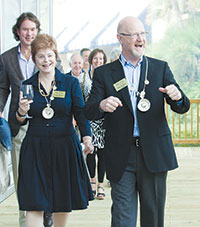 Jim Dixon, co-chairs for the 2016 Naples Winter Wine Festival, answered the many questions we had about this amazing event.

I would like to know about the planning of the event, how many people involved and how long it takes to plan?

The planning of the festival is a group effort, spearheaded by the festival co-chairs and supported by an amazing group of trustees, volunteers and staff. This year we are co-chairing the event with Sandi and Tom Moran, who also co-chaired the 2015 Naples Winter Wine Festival and did a fabulous job. Planning is a long process that begins when the previous Festival ends, and continues throughout the spring, summer and fall, right up to the day the Festival begins. One of our founding trustees joked that planning the Naples Winter Wine Festival is like throwing several dozen weddings at once!

What is the event like to attend? How is the experience memorable?

This event is truly one of the most anticipated weekends of the year, and a tremendous opportunity to make a real difference 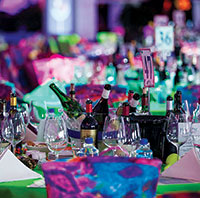 in the lives of children in our community. From the moment the weekend opens with Meet the Kids Day, guests have the opportunity to meet the organizations and children benefiting from the funds raised at the Festival, and see the impact we’re having on the community. It’s amazing to think of all that has been accomplished since the Festival began in 2001.

Of course, we can’t forget the excitement of the live auction and the amazing opportunity to drink fabulous wine and enjoy wonderful meals with our friends. It’s a weekend that can’t be missed!

How will this year’s event be different than last year?

This year, we’re holding a special event on January 28, the day before the Naples Winter Wine Festival officially begins, to celebrate one of the most historic wine events of the 20th century, when two American wineries, Chateau Montelena and Stag’s Leap Wine Cellars, beat the top châteaux and domaines of Bordeaux and Burgundy in a blind tasting, catapulting California wines onto the world stage. The participants of the legendary

1976 Judgment of Paris will come together for the first commemorative event celebrating its 40th anniversary. Tickets to this event are $1,500 per person and are currently on sale. (For more information call 239-514-2239).

Tell us about a special wine, and how it was chosen?

This year, proprietors from more than 40 wineries in 13 global wine-producing regions, eight countries, and three continents will be at the Festival pouring some of the most sought-after and collectable wines in the world.

This year’s Honored Vintners are Paul and Emily Michael of the Peter Michael Winery, who have been selected because of their commitment to the Festival and their fabulous wines, some of the most highly rated in the world. Of the 214 reviews of their wine by legendary critic Robert Parker, Jr., 200 were awarded 90 or more points and five received perfect 100-point scores. Now that’s impressive!

Who will be the chefs?

More than 20 of the nation’s top chefs will head to Naples for the Festival this year. They come from 17 different cities across

the United States, including ten from California. Each of these chefs is extremely talented, and we’re lucky to have them. Together, they have earned a collective nine James Beard Awards and multiple James Beard Award nominations, several Michelin stars, numerous four star reviews and scores of additional accolades, including “Best New Chef,” “Rising Star” and “Best New Restaurant,” among many others.

Many don’t finalize their menus for the Vintner Dinners until they’ve tasted the wines that will be poured at their dinner. From there, they create fabulous meals that pair perfectly with the wine.

Fundraising goal for event? What will the funds be used for?

Every dollar raised at the live auction funds the Festival’s founding organization, the Naples Children & Education Foundation (NCEF), whose annual grants and strategic initiatives have provided more than 200,000 children with the services and resources they need to excel. Each year we try to outdo what we raised the previous year so that we can continue giving back to the community and help even more underprivileged and at-risk children

Where can we get more information or tickets?

Ticket packages to this year’s Naples Winter Wine Festival start at $10,000 per couple. A $25,000 package that includes reserved seating for a party of four under the tent at a vintner dinner is also available. For more information about the Festival, please visit www.napleswinefestival.com or call 888-837-4919.

The incredible wine and food are just two of the Wine Festival’s many stars; the auction items are also spectacular. One winning auction bidder will become the first North American customer to receive the new Rolls-Royce Dawn, which is widely considered to be the most luxurious convertible, according to a Wine Festival spokeswoman. The Rolls-Royce was customized for the Naples Winter Wine Festival, and will include treadplates that read, “Build No. 1 for Dawn in North America.”

Jim Dixon, co-chair of the 2016 Wine Festival says, “The diversity and quality of the items up for auction are truly astounding and a testament to the unwavering generosity of our trustees and supporters, 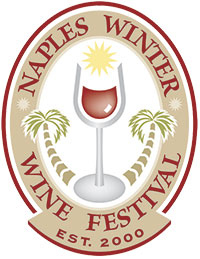 all of whom give to improve the lives of children in need.” Also up for bid is a private stay at the Lasseter Family Winery, hosted by the winery’s founder, Pixar founder John Lasseter, and it includes a dinner screening of a Pixar movie, paired with wine, of course.

Other auction items include 52 magnums of world-class wine, one from each of the participating vintners; a trip to both Napa Valley and New Zealand courtesy of Mayacamas Vineyards, special tastings with the Mayacamas winemaking team in California and award-winning golf and fly fishing excursions in the heart of New Zealand; and attendance at the 2016 Victoria’s Secret Fashion Show, with backstage passes and access to the model after-party.

What is especially exciting this year is that an online auction has been opened. The public can bid on many unique wine and culinary experiences, travel adventures, jewelry and more, and it all benefits a good cause: NCEF. Bidding will close at 11 AM on Sunday, January 31.

For more information on the Naples Wine Festival, or to bid in the online auction, visit www.napleswinefestival.com.