Going Once, Going Twice…SOLD! at the Imagination Ball 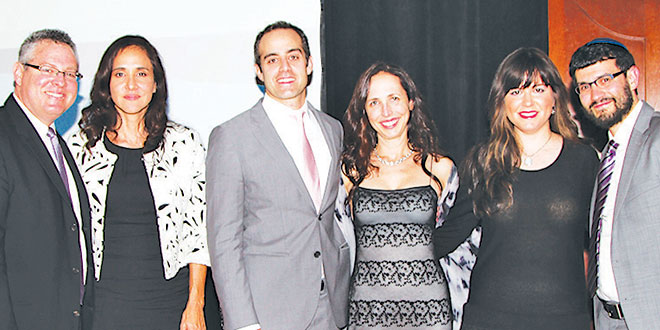 The Imagination Ball is arguably one of Marco Island’s most glamourous affairs. This glitzy soiree, presented by the American Cancer Society, supports a cause everyone knows all too well, the fight against cancer. The ‘who’s who’ of Marco Island were on hand to show their support and support they did! Smashing all previous records, over $180,000 was raised.

A silent auction netted approximately $40,000 alone. Park West Galleries offered several artworks including a Peter Max piece, hotel packages from around the world, sunset cruise packages and spa packages. There were golf outings, dining certificates from various restaurants, jewelry, wine and much, much more. One of the highlights of the evening was the fast and furious Live Auction by Rick Gallo. ‘In your home’ dining packages for groups of guests created friendly bidding wars. A mountain vacation at a cabin in North Carolina, a diamond necklace and dinner for eight in the Presidential Suite were among the bigger ticket items. The bidding paddles were flying in a frenzy of one-upmanship that only Rick Gallo could muster!

Debra and Dick Shanahan co-chaired the ball again this year. They work endlessly to be certain the event is top notch and surpasses previous successes. 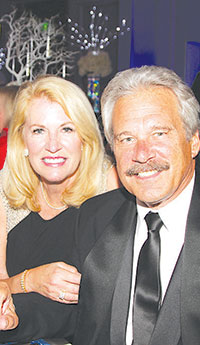 This year, an engraved Tiffany bowl was designated as the 2015 ‘Grado Award’ in recognition of Corrie Grado, and her late husband John. The deserving recipients of the award were Bill and Doreen Dean. Bill and Doreen were instrumental in reigning support for the American Cancer Society efforts for many years, including, but not limited to leading the helm at the Hideaway Beach Association. This year Hideaway will top $1,000,000 for the cause after a new home tour event.

The featured guests, Larry Baer and Rabbi Fishel Zaklos each told of their personal battles with cancer. Larry spoke of being told at 17 years old, when most young men are feeling invincible and interested in little but sports and girls, that he had Ewing Sarcoma. It was a touching story of surgery and treatments and an unexpected by-product of the experience in a young person’s mind, Post-Traumatic Stress Disorder. Not something anyone expected, but fortunately recognized as a common occurrence by those who work with young seriously ill hospital patients.

Rabbi Fishel spoke as a caregiver to his brother who, at the same age as Larry, was diagnosed with Ewing Sarcoma. Once diagnosed, his brother Yosef was seen at Sloan Kettering Hospital

in New York and he was asked to come along as moral support. Since their parents had to work back at home 600 miles away, when the treatment plan was in place, Fishel was asked to stay with his brother through the treatment process. At 15, Fishel and his brother Yossi stayed at the hospital. More than two years later, Yossi lost his battle to cancer. As Yossi was the spiritual one in the family, it was assumed he would become a rabbi. Before his death, he asked Fishel not to underestimate his own spiritual potential. Fishel dove into his studies and was ordained by the Chief Rabbi of Israel in 2000. His final words from a dear friend, “If we each do our part and stay in this fight, there shall yet be a day when cancer is cured, much the same way we’ve seen polio and other diseases banished.” Rabbi Fishel responded, “And may it be speedily in our days.”