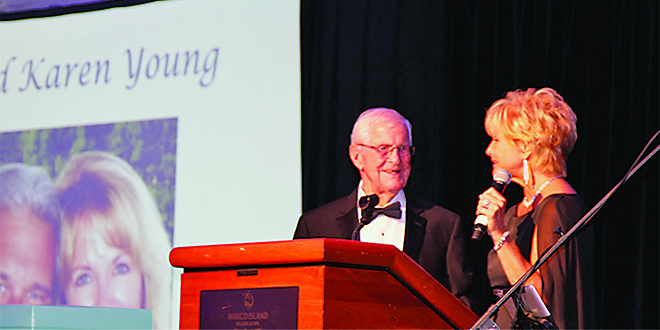 NBC’s Stacey Deffenbaugh will act as emcee for the evening. Guests will enjoy fine dining, music by the Stacey Allison Band, dancing and a silent and live auction. Some of the auction items include a Disney Experience Package with four complimentary Disney theme park one-day Park Hopper tickets, two round trip tickets on JetBlue Airways for a domestic flight, and a signed baseball by Xavier Cedeño of the Tampa Bay Rays.

Each year at the ball, the prestigious Grado Award is presented to individuals who have contributed significantly in the fight against cancer. The award is named for John and Corrie Grado, in honor of their many years of leadership and service to the organization. This year’s honorees are Marco Island residents Jim and Allyson Richards.

To purchase tickets for the event or make a donation, please visit www.acsimaginationball.com or call 239-642-8800.