Gender and the Performing Arts 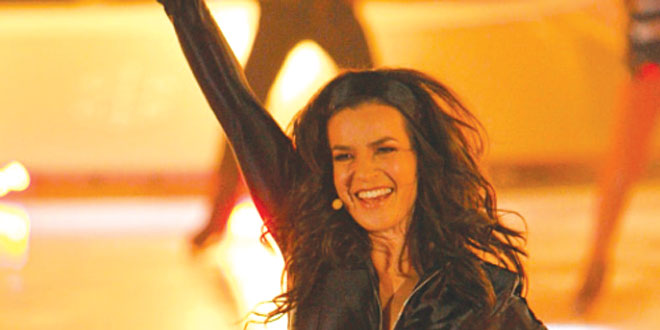 Everytime I sit down to write about gender in relationship to the arts, I get so bogged down in the enormity of the topic that I eventually give up altogether. But the subject means a great deal to me, so perhaps if I can succeed in addressing only specific aspects one column at a time (avoiding the massive manifesto), I can finally share some insights and observations.

On Jan. 26 of this year, I watched the Grammy awards on TV. Very hip of me, I thought, since I’m usually in bed by 9 PM. The opening act was a duet with Beyonce and Jay Z. He’s in full tuxedo; I’m talking at least 10 pieces of clothing. She’s wearing something that looks like one of those clear plastic things that used to hold six-packs of canned beverages together, only in black. My heart sinks a little, not because I’m prudish but because once again I’m witnessing two equally talented artists at work yet only the woman seems to be required to strip in order to do her job — which I’m pretty sure was singing…and some dancing.

I know what every advertising agent knows: sex sells. But how come by sex they mean only women’s sex? Let Jay Z prance around on stage in front of a live audience with no more than a little electrical tape criss-crossing his butt and try to hit that high note. Ain’t gonna happen. It’s the whole one-sidedness that chaps my saddle.

Granted, I doubt Beyonce was forced into that contraption, but isn’t this the same mentality that has Miley Cyrus twerking her barely-covered bottom into fully-clothed Robin Thicke’s groin on stage or riding a giant wrecking ball wearing nothing but dental floss — just to sing? And how exactly did these appearances enhance the artists’ voices or the messages of the songs?

I’m not going to fault any theatrical artist, male or female, for expressing sexuality through their craft. I do, however, prefer it when it illustrates the point of the performance. Let’s face it, Mae West was selling the idea of the power of women’s sexuality; Madonna likewise. 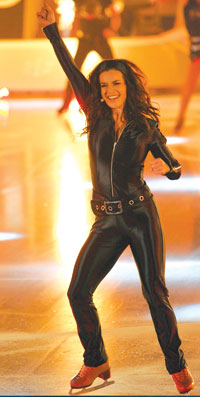 For them, sex was the point. If you’re going to cover Mae’s curves, you might as well slap a sweatshirt on Johnny Weissmuller. But do all our female musical artists have to be dressed in band-aids to be heard?

For many years and in many cities, I supported myself bartending. Everytime the female staff would be encouraged to dress a little skimpier (you work for tips, right?), I would look with pure envy upon my fellow male bartenders in their black slacks, crisp white shirts and black vests. No one was going to suggest they show a little more chest hair in order to perform their job better.

That initiated my first tiny revolution — well, at least in that industry. I was working in a tavern on Capitol Hill in Washington, D.C., and arrived one night in black slacks, crisp white shirt and well-fitting black vest. My co-workers eyes rolled, the boss huffed, but I did my job to the best of my ability; surprise, I made a killing! My tips from women, who had the reputation of being notoriously bad-tippers at the time, made up the lions share. Why? Turns out our female patrons were tired of being served by women dressed only to please the male consumers.

I recently shared some of these views with students in a drawing class I teach; one woman, a retired attorney, told me she makes a point of never buying a product advertised by a woman lying down unless she’s selling feminine hygiene products. That made me smile. I admire people who vote with their dollars. More of us should.

In 1988 when figure-skater Katarina Witt stepped onto that Olympic skating rink with pants instead of a fluttering tissue covering her behind, my sisters and I all sat there with stunned grins on our faces. It was a game-changer for women athletes, and we were witnessing an artist willing to change the game. She won the gold medal, by the way.

So maybe I’m not offering any answers, but I hope I’m asking the right questions. I do promise you more on the subject. As always, I look forward to your input.