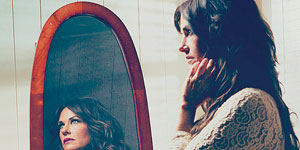 So good to be enjoying these cooler days and chilly nights, mostly because I know they won’t last for long. At least not down here, “South of where they thought south was…”

Now, Music Notes doesn’t generally review albums, but, earlier this week, the brand new CD, “Mirror Mirror,” by local musician Gema Pearl, appeared on my desk. I had the pleasure of hearing her perform last year, so I knew it was worth a good listen.  Glad I listened, it’s quite a rockin’ record. Besides being well produced and mixed, the instrumentation and writing is original while staying well within the bounds of current pop, country and rock radio station material. She sounds comfortable singing the range of tracks, not only written by Gema Pearl, but also Kiss’s Paul Stanley, Michael MacDonald, Henry Gross and Shadows Of The Night’s Lee Brovitz,

When talking with the songstress about working on her first solo album, she explained that it was her life story in song. “Especially the title track to the CD.  It’s all about staying true to yourself and your music. Family has always been number 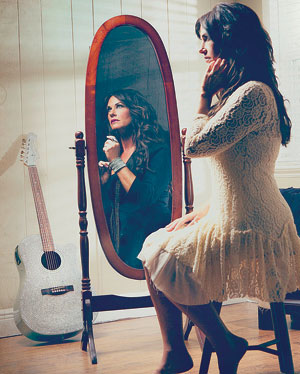 Gema Pearl’s “Mirror Mirror” is a mix of rock, pop and country.

one in my life  This has been an amazing experience to be able to work with such great people.” Living one’s life through a song is often the theme of a country album – not that “Mirror Mirror” is country – but I’m sure Gema’s Texas roots had something to do with it.

Gema Pearl was featured in the Coastal Breeze last year when she performed at the Marco Island Seafood Festival  She will be supporting her new album with a summer tour along with her band.

I also had the chance to chat with the producer of “Mirror Mirror,” Lee Brovitz. He explained the genesis of the collaboration. “I was working on another project for the now defunct, Spectra Records, and called on Gema to sing a few cuts. We hit it off from there and decided to start work on a full-blown solo project. That led to us spending about a year on the newly released “Mirror Mirror.” To hear more of Gema Pearl, find her CD at her website, www.gema-pearl.com.