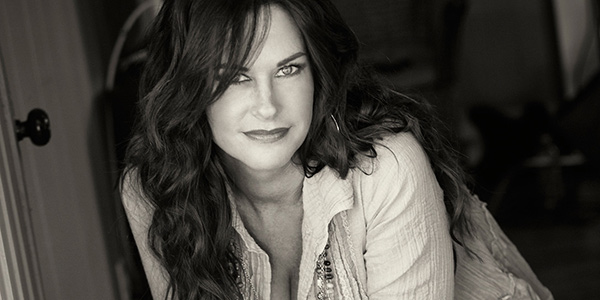 Friday January 22nd, 2016 will be a very special night at the Rose Auditorium • Marco Island Historical Museum when GRAMMY nominated recording artist GEMA PEARL will be performing a concert to benefit the Lupus Foundation of Florida.

Marco Island resident, Gema Pearl was forced to cancel her “Red Blooded American Girl” tour last year when she was diagnosed with the disease. Lupus is a chronic autoimmune disease for which there is no cure. Of 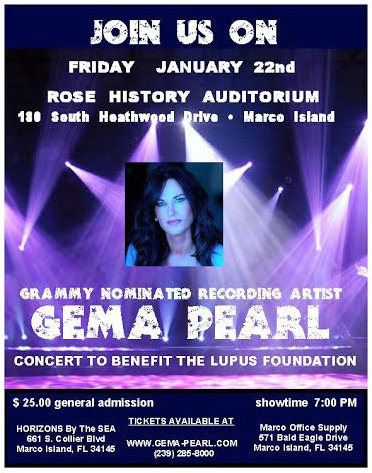 the 1.5 million Americans that have Lupus, 90% are women. Awareness, early diagnosis and various treatments are key to managing it’s effects.

The “Red Blooded American Girl” recently garnered six Grammy nominations and is returning to the stage with a newly ignited fire. Gema Pearl’s performance with her all-star band (featuring producer/bassist Lee Brovitz) promises to be an exciting evening of musical prowess that you won’t forget!