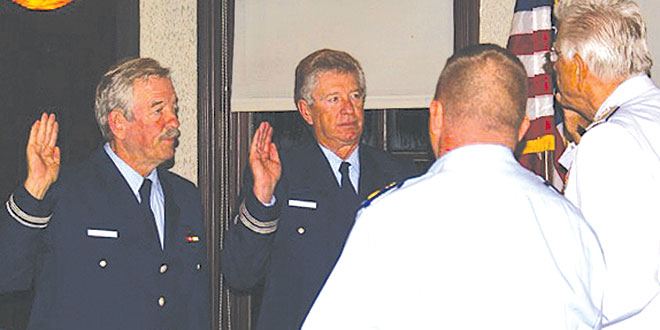 In a time-honored tradition, the US Coast Guard Auxiliary conducted the 48th annual Change of Watch. On Jan. 11, Flotilla 95 Marco Island swore in Keith Wohltman as flotilla commander and Tom Dines as vice flotilla commander.

The program began with John DeFalco, a past flotilla commander, sounding the bell for the “Crossing the Bar” ceremony. The ringing of the bell provides a moment to remember those lost over the past year. In 2014, Flotilla 95 lost one of its most dedicated members, Ron Klein, after a long illness. This solemn time was followed by the introduction of the “Missing Man Table” where every detail is a reminder of those who 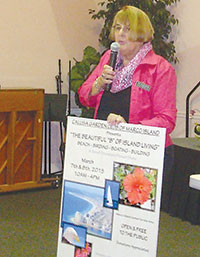 are missing and cannot be with their loved ones.

Flotilla staff officers were also sworn in for another year of service to Flotilla 95. They included operations, public education, public affairs and member training. Additionally, awards were given to those auxiliarists who have gone above and beyond in their dedication. Jaskiewicz received the Coast Guard Auxiliary Achievement Medal for Superior Performance of Duty. Mike 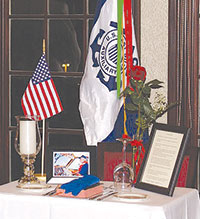 Harris was awarded a grant for Public Education, and John Moyer was named Auxiliarist of the Year.

The evening continued with the exchange of burgees, which symbolizes the transfer of total leadership. Wohltman and Dines are well positioned to provide the leadership for Flotilla 95 for 2015.

As always, Flotilla 95 is here to serve Marco Island on the water and in the classroom. Public education classes include Boating Skills & Seamanship; Boater’s Local Knowledge (an excellent class if you are new to Marco Island), and Suddenly in Command, if you want to learn how to take control of a vessel should an emergency arise.